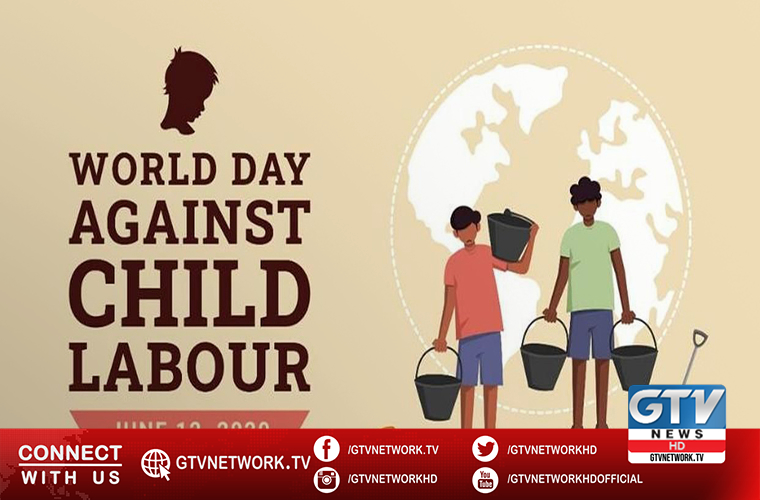 The World Day Against Child Labour is being observed across the globe with focus on the impact of crisis on child labour.

Out of an estimated 152 million children in child labour, 72 million remain engaged in hazardous work.

The International Labour Organization (ILO) launched the World Day Against Child Labour in 2002.

It focused attention on the global extent of child labour and the action and efforts needed to eliminate it.

Each year on 12 June, the World Day brings together governments, employers and workers organizations, civil society, as well as millions of people from around the world to highlight the plight of child labourers.

It also reminds all what can we do to help them.

In a message on the eve of this day, Minister of Human Rights Shireen Mazari said that we must reaffirm our collective commitment to protect our children.

She called for ensuring that each child get opportunity to realize their potential.

She said that this year, as the world confronts an unprecedented pandemic, children face an increased risk of child labour, child marriages and other forms of exploitation.

The HR Minister said the COVID-19 public health emergency has disrupted the right to education for children across the world.

Besides, it exacerbate existing inequalities in educational attainment such as high female dropout rates.

Mazari said her ministry works on reviewing and strengthening laws and institutional mechanisms to protect child rights in Pakistan.

Laws at the federal and provincial level set bans on hazardous work for children and minimum age limits for labour.

She said that Pakistan has ratified the UN Convention on Rights of the Child, its Optional Protocols; and ILO Conventions related to Child Labour.