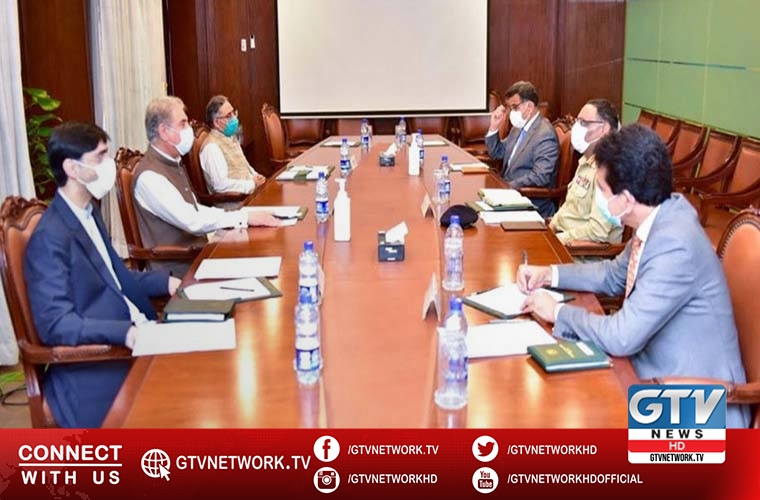 The meeting also discussed the global epidemic situation, regional and national security and Pakistan’s efforts for lasting peace in Afghanistan.

The Foreign Minister noted that the extremist face of India exposed to the world while voices also being raised within India against Indian government.

He said the world remains engaged in dealing with a global epidemic.

But, on the other hand, India wants to destroy the peace and stability of the region through its Hindutva policies.

Meanwhile, the Foreign Minister said that Pakistan will continue to play its conciliatory role in Afghan Peace Process with sincerity to establish peace in the neighboring country.

Shah Mahmood Qureshi said the government is using all resources to control the spread of coronavirus.

He said we, as a nation must defeat this global epidemic following precautionary measures which the government has issued.

He vowed Pakistan would give an immediate befitting response to India if it carries out any misadventure against it.

, Shah Mahmood Qureshi said Pakistan is quite capable to defend itself.

The Minister said Indian rulers consider Pakistan as a soft target but he rejected Indian assertion.

He noted India’s continuous ceasefire violations on the Line of Control part of its planned strategy.

The FM said Indian strategy aimed at diverting people’s attention from its failures.

Shah Mahmood said if India believes that Pakistan will withdraw its support to Kashmiris due to its threats, it is mistaken.