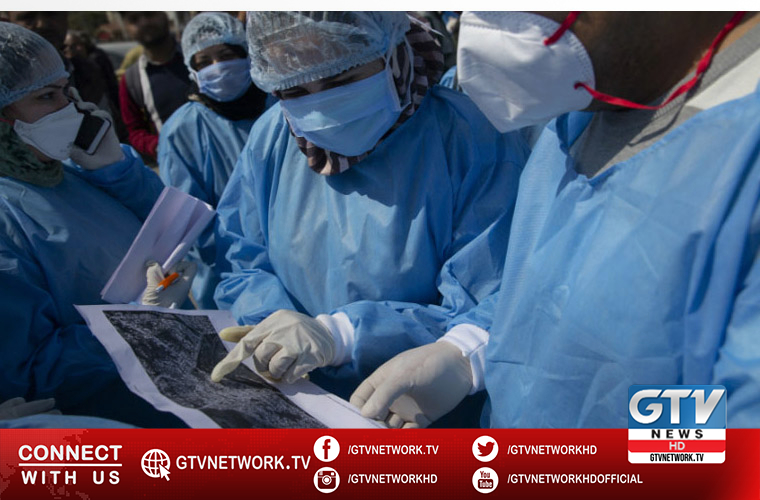 Officials concerned said that 102 laboratories were undertaking COVID-19 tests in the country.

The forum discussed in detail the incentive package for front line healthcare workers and decided to announce it after getting feedback from doctors and stake holders.

The forum was apprised that the local authorities were taking strict action on Standard Operating Procedures (SOPs) violation in across country markets, industries and transport aiming to contain COVID-19 spread. Dedicated teams were deployed for ensuring compliance to health instructions/guidelines and SOPs.

Sharing telehealth updates, the meeting was apprised that a total of 5,823 requests were received for getting
doctors advise on telehealth dashboard. As many as 188 doctors carried out consultation of 1,374 patient.

In Balochistan, a total of 691 violations have been reported in last 24 hours. The authorities temporarily sealed 250 shops and fined 92 vehicles and cautioned over non compliance of SOPs.

In Punjab, 769 shops, eight industries, 776 vehicles were closed, fined and cautioned across province. While
some 2,865 SOP violations were reported in last 24 hours.

Strict actions have been taken against SOP violators in Sindh including sealing of shops and transports all across the province.

Some 7,351 SOP violations were reported in Khyber Pakhtunkhwa in which 302 shops, and 221 transports were cautioned and sealed while 1,933 individuals were fined.

In Gilgit-Baltistan, some 67 shops and 70 vehicles were fined/sealed on 270 violations of health guidelines/ instructions.

Likewise, some 101 SOPs violation were marked in Islamabad Capital Territory (ICT) in which 13 hotels,
24 shops, two industries and 36 vehicles were fined/ sealed.

Similarly, 422 SOPs violations were observed in Azad Jammu and Kashmir (AJK) during which 112 shops and 85 vehicles were fined/ sealed.