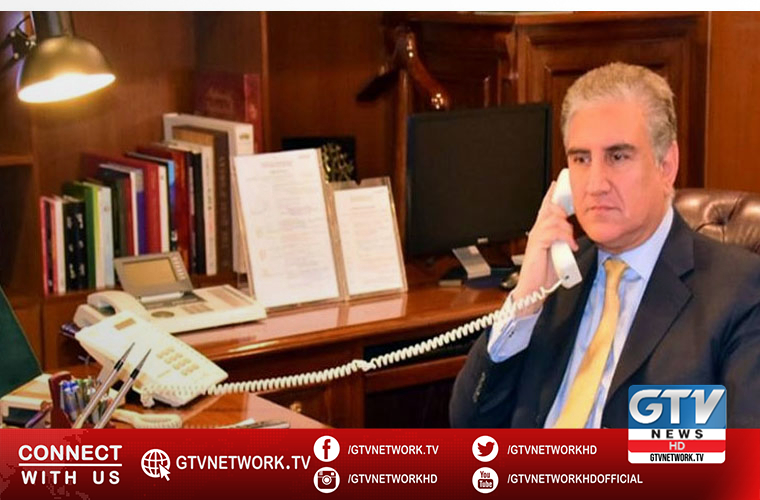 Foreign Minister Makhdoom Shah Mahmood Qureshi held a telephone conversation with him on a range of issues, including the Covid-19 pandemic situation, cooperation at the multilateral fora, and the prospects for enhanced bilateral cooperation.

The foreign minister briefed his Irish counterpart about the latest situation of the pandemic in Pakistan and steps taken by the Government of Pakistan to contain its spread.

Foreign Office spokesperson said this in a press release on Monday.

The two foreign ministers also agreed that working together was the est way forward to fight the pandemic.

“Underscoring that the pandemic was the gravest challenge to confront humanity in a century, the foreign minister offered condolences over loss of precious lives, and commended the effective measures being taken by Ireland to contain the outbreak.

While elaborating upon Prime Minister Imran Khan’s call for “Global Initiative on Debt Relief” for developing countries, Foreign Minister Qureshi underlined the need for closer cooperation to mitigate the impact of the economic slowdown and devote more resources to manage the ongoing crisis.

He underscored that a global approach was required to address the global challenge.

The Irish foreign minister expressed support for the Debt Relief initiative and assured to play a positive role.

He denounced India’s moves to alter the demographic structure of the occupied territory, calling it a clear violation of relevant United Nations Security Council resolutions and the international law.
Qureshi underlined that the Indian government’s policies were posing a serious threat to regional peace and security.

He also highlighted the rise of Islamophobia in India and expressed concerns over demonization of the Indian Muslims in the context of Covid-19.The two foreign ministers also agreed to remain engaged.