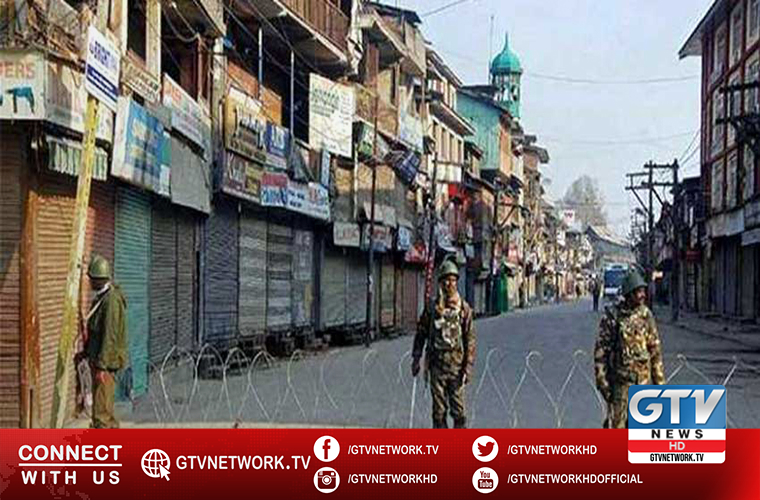 Killing toll raised to 9 in the past twenty-four hours.

In their fresh act of state terrorism, Indian troops killed youth during a cordon and search operation in Pinjoora area of the district.

The authorities also suspended all mobile internet services in the district.

On the other hand, All Parties Hurriyet Conference leaders and of other organizations have issued statements on the latest situation.

In separate statements, they have sought world especially United Nations’ intervention on urgent basis to stop bloodshed in the territory.

They said systematic killing of Kashmiri youth by Indian forces is part of India’s nefarious design to alter demography of the disputed territory.

Meanwhile, Chairman of Tehreek-e-Hurriyat Jammu and Kashmir, Muhammad Ashraf Sehrai said Kashmiris want the solution to Kashmir dispute on the basis of right to self-determination.

In the media interview in Srinagar, Sahrai said that if any talks held on Kashmir, we would still want a solution to the dispute.

US considers reducing functionaries in Kabul due to security concerns