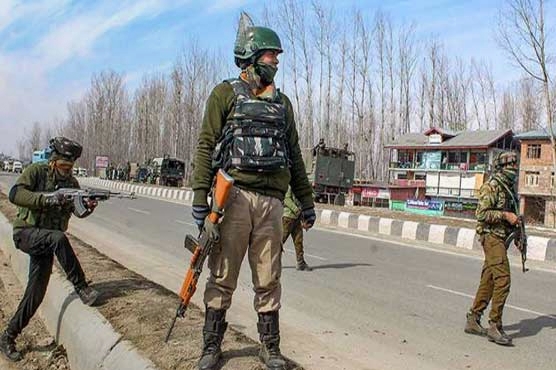 Another Kashmiri shot dead in IOJK amid APHC demand for settlement of the issue of Kashmir as per UN resolutions.

The gunmen attacked the youth identified as, Ishfaq Ahmad Najar at his residence in Adipora in Bomai area of the district.

The injured youth was rushed to a hospital but was declared brought dead by the doctors there.

Police have registered a case and launched a manhunt to nab the attackers.

He said Kashmiris want the solution to Kashmir dispute on the basis of right to self-determination as envisaged by relevant resolutions of United Nations.

In the media interview in Srinagar, Sahrai said that if any talks held on Kashmir, we would still want a solution to the dispute.

He said India wanted to suppress Kashmiris by the dint of force to prevent them from demanding their fundamental rights including the right to self-determination.

He reiterated the Kashmiris’ resolve to continue their resistance against the military occupation of India at all fronts.

US and UK Leaders hope for diplomatic solution to Ukraine crisis