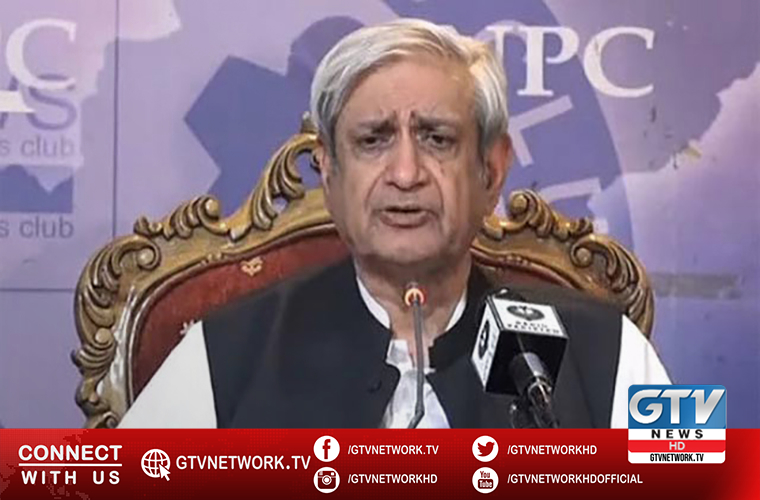 He said this, while giving a media briefing regarding locust situation in Rawalpindi today.

The minister said the country imported state of the art equipment from China to control the pest which also includes drones for spraying.

On the other hand, more than one 1100 teams are taking part in operation to control locust across the country.

According to National Disaster Management Authority, area comprising 357,000 hectares of land was surveyed during the last twenty four hours, while 3,600 hectares of area was sprayed with anti-locust remedy.

He said it will help clear large swathes of territory from the pest.

The Minister said most of the crop munching bugs in various districts is a residue from the last year’s locust attack that survived and thrived due to favorable conditions.

He cited reports of new swarms of locust from East Africa that will invade countries in its traditional migratory path.

Syed Fakhar Imam said the government know the problems farmers face and will assist them in all possible ways.

He said Ministries of Information and National Food Security as well as ISPR have launched awareness campaign.

It aims to sensitize the farmers about the issue. He said provincial governments are also working round the clock to control the menace.