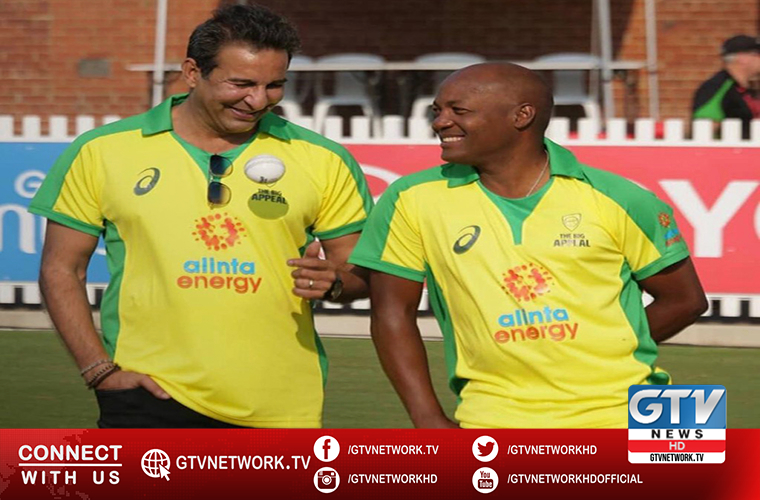 Wasim Akram sees PSL bowling quality better than IPL while declaring PSL the the second biggest tournament in the World of Twenty20.

He noted the quality of bowling in (PSL) much better than Indian Premier League (IPL).

Although he called it unfair to compare PSL with Indian Premier League (IPL), he argued PSL has just started.

He noted PSL had the fifth addition played in Pakistan, whereas IPL is a matured tournament played from 11 to 12 years.

Wasim, who had won 17 Man-of-the-Match awards in 104 Tests, said he had been asking the foreign players only one question during the five years he had spent with different PSL teams Islamabad United, Multan Sultans and now Karachi Kings, which was the difference between both the leagues.

“The answer I got was the quality of bowling in PSL was very much better than IPL. We came to knew how great PSL was after it was held in Pakistan. Thanks to the Pakistan Cricket Board (PCB), PSL Franchise team owners and to the Pakistanis,” he said.

Wasim, who bagged 414 wickets and scored 2,898 runs in 104 Tests, said our young batsmen lack confidence as there was still a lot to be improved in Pakistan cricket. “We will get quality batsmen and players in the team, when our club, under16 and under19 cricket will improve,” he said and lauded batsmen Peshawar Zalmi’s Haider Ali and Multan Sultan’s Zeeshan Ashraf.

Speaking about Pakistan’s upcoming tour to England which includes three Tests and as many T20s, he said it would be a big test for Pakistan batsmen including Babar Azam as cricket was already very difficult in England with duke ball.

“Due to COVID-19 pandemic, the scenario will be different this time, as players will be in isolation and quarantined. Tests will be conducted prior to every match and there will be no crowd in the stadiums,” Wasim, who turned 54 on Wednesday (June 3), said.

The legendary pacer, who bagged 502 wickets and scored 3,717 runs in 356 ODIs, said it would be a big test for head coach Misbah ul Haq and co. with the duke ball against the likes of England’s pacers James Anderson and Stuart Broad, who move the ball around all day.

“Apart from Babar, Haris Sohail can be an asset for Pakistan team if he remains physically fit and lose weight.

Shan Masood is a good player but needs to work on leaving the ball and driving as he mainly plays on the on-side, which will make the English bowlers bowl him outside off-stump,” he said and added among bowlers Shaheen Shah Afridi would do well in England as long as he learns the length to bowl-on.