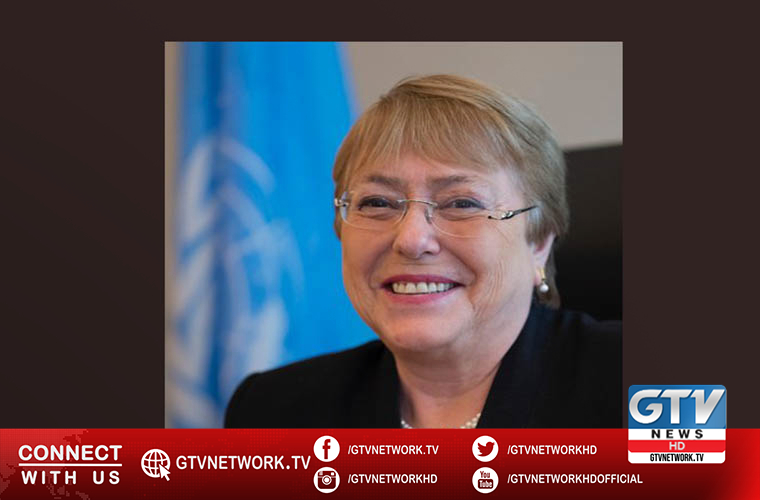 UN High Commissioner for Human Rights, Michelle Bachelet, has expressed alarm at the clampdown on freedom of expression in India and 11 other countries in the Asia-Pacific region during the coronavirus crisis.

Clampdown on press freedom in India

She said this in a statement which issued in Geneva on Wednesday.

The top UN HR official said that any action the authorities take to stop the spread of false information must adhere to the principles of legality, necessity, proportionality, adding that “in these times of great uncertainty”, citizens had a right to voice their concerns.

“Medical professionals, journalists, human rights defenders and the general public must be allowed to express opinions on vitally important topics of public interest, such as the provision of health care and the handling of the health and socio-economic crisis, and the distribution of relief items”, the High Commissioner said.

From India to Vietnam and from Myanmar to the Philippines, Ms. Bachelet detailed how people had been fined, arrested or attacked for allegedly spreading misinformation online about COVID-19 or for criticizing their Government’s response.

In India, she said, several journalists and at least one doctor have been charged for their public criticism of the authorities’ response to the COVID-19.

In Mumbai, her statement added that the police went so far as to pass an order prohibiting “any person inciting mistrust towards government functionaries and their actions taken in order to prevent spread of the COVID- 19 virus and thereby causing danger to human health or safety or a disturbance to the public tranquility”.

While recognizing the need to restrict misinformation or disinformation to protect public health – or incitement of hatred towards minority groups – this should not result in censorship, either purposeful or unintentional, Ms. Bachelet stressed.

“While Governments may have a legitimate interest in controlling the spread of misinformation in a volatile and sensitive context, this must be proportionate and protect freedom of expression”, she said.

Meanwhile, the Geneva-based Human Rights Council issued a statement appealing to States to ensure human rights were at the front and center of national responses to the pandemic and not side-lined while contending with the multiple ill-effects of the virus on their societies.

The President’s Statement, presented by Ambassador Elisabeth Tichy-Fisslberger, and adopted by the 47 member States of the human rights body, “calls upon States to ensure that all human rights are respected, protected and fulfilled while combating the pandemic and that their responses to the COVID-19 pandemic are in full compliance with their human rights obligations and commitments”.

China is, was and will stay Pakistan’s reliable ally: FM Shah Mahmood