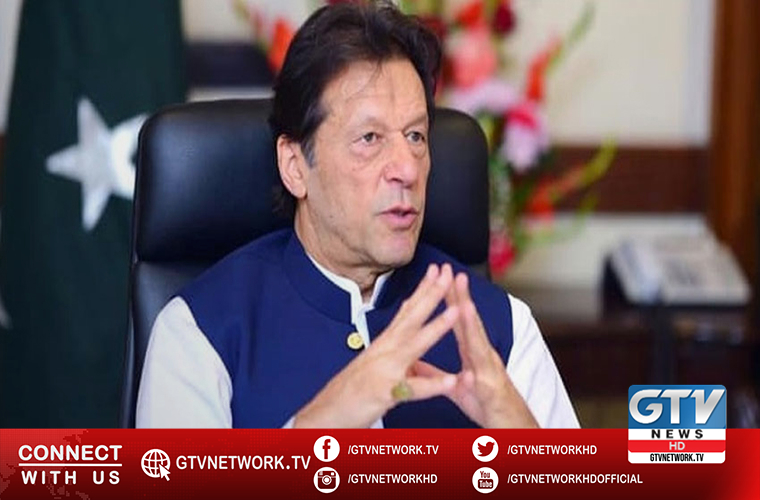 It appreciated the role of Pakistan Army National Disaster Management Authority, Chinese Government and other national and international organizations for the eradication of locust.

The meeting also decided to authorise the committee comprising members from ministries of commerce, health, industrial production and science and technologies to ban export of any particular item keeping in view domestic needs of the country.

It expressed satisfaction over increasing number of laboratories for Corona tests from two to one hundred.

It began with just four hundred tests at the initial stage.

The meeting also expressed satisfaction over the working of Resource Management System for effective utilization of available resources.

They expressed satisfaction over health facilities in the country.

The cabinet was informed on the latest situation of locust in the country and steps taken in this regard.

It appreciated the role of Pakistan Army National Disaster Management Authority, Chinese Government and other national and international organizations for the eradication of locust.

Furthermore, he emphasized on finding some out of the box solution to this problem.

The ADB appreciated the steps which Pakistan had taken for poverty alleviation and protecting weaker segments of society from negative impacts of Coronavirus pandemic.

It decided to pass on the benefits of this relief on to the masses.

The meeting was also informed that foreign remittances worth 18.8 billion dollars were received during the current fiscal year.

Moreover, the country’s foreign exchange reserves were recorded at 18.7 billion dollars till the end of April this year.

It was said that current account deficit during the current fiscal year remained at 3.3 billion dollars, which is 1.5 percent of GDP.

This deficit was at 11.4 billion dollars during last fiscal year, which was 4.7 percent of the GDP.

Officials concerned informed about investment in the country.

A total of 1.864 billion dollars invested during the current fiscal year.

The cabinet was also briefed on future strategy regarding sugar inquiry report.

The Prime Minister said that the purpose of the inquiry was to reveal facts, which caused surge in sugar prices affecting the common people of Pakistan.

He said, keeping in view the inquiry report, steps will be taken to rectify weaknesses of the prevailing system.

The meeting decided that an inter-ministerial committee will be constituted to review various aspects in light of the findings of the inquiry report.

The committee will be mandated to give recommendations for comprehensive reforms to fill the loopholes.

Imran Khan directed that such steps are aimed at protecting common man from exploitation through unnecessary burden of price hike.

The cabinet was given a detailed briefing over wheat procurement and estimates of demand and supply of the commodity.

It decided to form a high level committee to maintain balance between demand and supply. It would ensure no shortage of wheat and flour in any part of the country.

The committee, in collaboration with flour mills, will give its recommendations in this regard.

The Prime Minister also expressed grief over the loss of precious human lives in PIA plane crash incident and said that we stand by the bereaved families in this hour of sorrow.

Meanwhile, he also spoke on governments efforts to revamp economy.

The PM said that process of economic stability and reforms will continue without any interruption.

He directed the cabinet members to reduce unnecessary expenditure in their respective departments and ministries keeping in view current economic situation.

He also emphasized on giving special focus on expediting the process of reforms and improving performance of government.