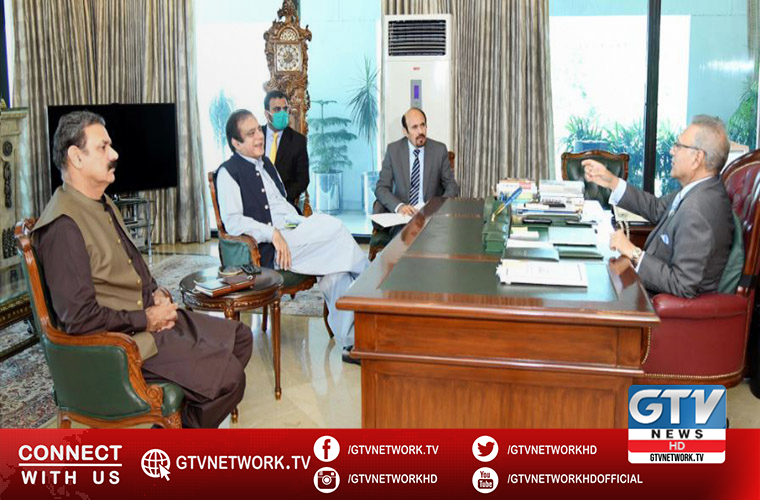 President urge the media to play its role in promoting nation building and societal norms and values.

The President said the media has greater contribution in creating awareness among the people.

He said the media needs to focus on educating the people about various social issues like health, education and particularly women’s rights to inheritance.

Regarding the social media, he said that it is harbinger of change and needs to be used positively for promoting national spirit and harmony in the society.

On the other hand, Minister for Information and Broadcasting Senator Shibli Faraz on Thussday
expressed deep grief and sorrow over demise of senior journalist Fakhruddin.

In a statement, the minister also expressed deep grief and sorrow over demise of Radio Urdu newscaster Huma Zafar and engineer Muhammad Ashfaq.

He said along with doctors, nurses and medical staff, the media was also playing a leading role in the fight against coronavirus .

The minister saluted the proud heroes of the nation who were martyred while performing their duty of service to the nation.

He prayed to Allah Almighty to rest them in eternal peace and grant courage to their families to bear their loss with fortitude.

CNG stations reopened across Sindh for next 24 hours