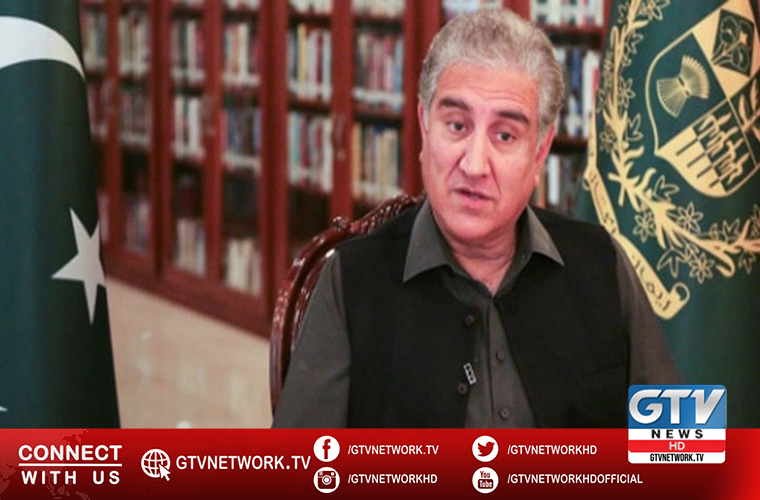 Pakistan vows not to stay silent

He said Pakistan would not stay silent, allowing the fascist Modi government to round up Muslims to be beaten and killed.

“Pakistan will not stay silent, allowing the fascist Modi government to round up Muslims to be beaten and killed. To have their nationalities stripped, their livelihoods robbed, their demography changed and their future insecure,” he said on Twitter.

The foreign minister’s statement came after United Nations Secretary-General Antonio Guterres said countering anti-Muslim hatred and Islamophobia was his “top priority” and he “fully agrees” with the assessment that it could pose a threat to international peace and security.

The UN chief gave the statement recently at the virtual meeting of Organization of Islamic Cooperation (OIC) member states at the UN in response to the comments from Pakistan’s Ambassador to the UN Munir Akram, who drew his attention to the rising cases of anti-Muslim violence and Islamophobia in India and urged him to adopt a more focused and consistent system-wise approach to fully tackle the menace.

“We will not stand by and let another Gujarat happen (riots took place in Indian Gujarat killing hundreds of Muslims in 2002). To counter rising cases of anti-Muslim violence & Islamophobia, Pakistan has been supported by the

(OIC) to initiate working group with the (OIC Permanent Observer Mission to the UN) for collective action.”