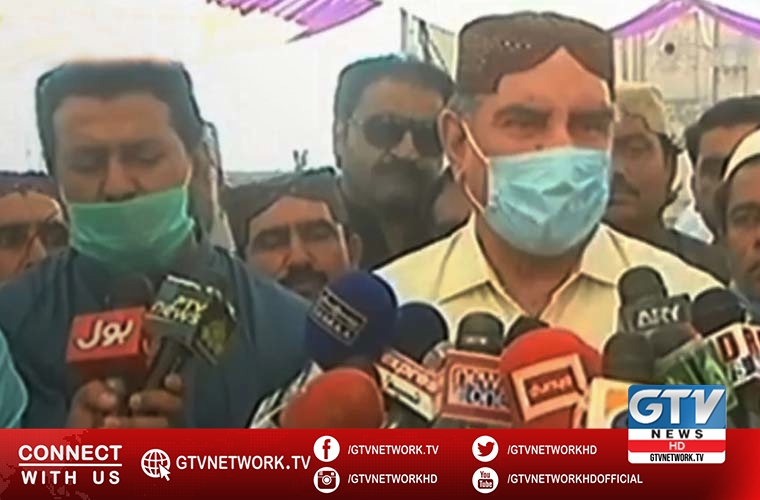 India may launch false flag operation against Pakistan to divert world attention from its own internal situation.

Foreign Minister Shah Mahmood Qureshi said, while talking to the media in Multan after offering Eid prayer on Sunday morning.

He said he has contacted General Secretaries of the United Nations and the Organization of Islamic Cooperation.

He drew their attention towards gross human rights violations in Occupied Kashmir at the hands of Indian occupation forces.

The Minister said he informed them that India may launch a false flag operation against Pakistan to divert world attention from its own internal situation.

However, he warned befitting response awaits India if it goes for any misadventure against Pakistan.

He said Pakistan wants peace and its policy of restraint should not be taken as weakness.

He said India has increased oppression in Occupied Kashmir in the garb of COVID-19 outbreak.

Meanwhile, He held a telephonic conversation with OIC Secretary General, Dr. Yousef A. Al-Othaimeen on Saturday.

He updated him on the aggravating situation in Indian Occupied Jammu and Kashmir (IOJ&K).

Specially, he referred to Indian move to alter the territory’s demography.

During conversation, the foreign minister conveyed Pakistan’s deep concerns on the deteriorating human rights and humanitarian situation in IOJ&K, and India’s moves to alter the demographic structure of the occupied territory.