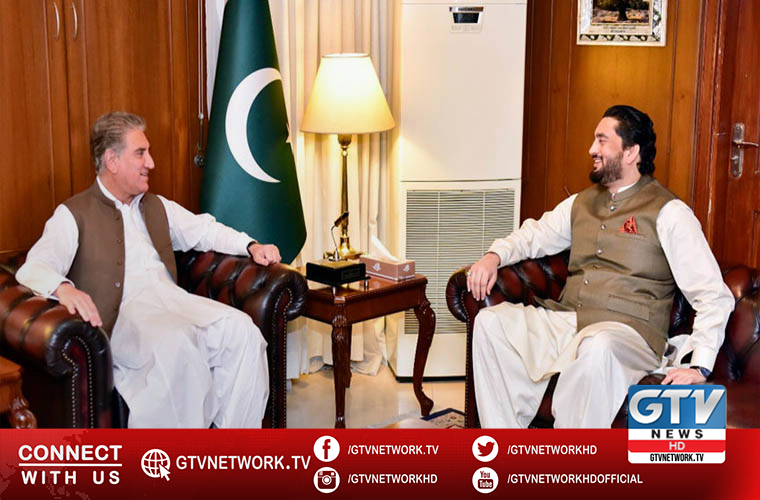 Foreign Minister Shah Mahmood Qureshi said the Indian forces are subjecting the armless Kashmiri youth to the gratuitous violence and barbarity in order to suppress the voice of freedom.

He said  while talking to Chairman of the Parliamentary Committee on Kashmir Shehryar Afridi in Islamabad today.

During the meeting, they discussed the grim human rights violations in the held valley and matters pertaining to the bilateral interest.

The FM said the innocent and defenceless Kashmiri people are facing worst kind of Indian curfew in the held valley for the last 288 days.

Shah Mahmood said Pakistan has continuously been apprising the international community about the nefarious designs and Hindutva mind-set of the Indian government.

he said Pakistan has strongly condemned and completely rejected the Indian government’s attempts to further deprive the people of Occupied Jammu and Kashmir through Jammu and Kashmir Grant of Domicile Certificate (Procedure), 2020.

She called the new domicile law as illegal and in clear violation of the relevant UN Security Council Resolutions, international law including the 4th Geneva Convention and bilateral Agreements between Pakistan and India.

The Spokesperson said the domicile law aimed at changing the demographic structure of occupied Kashmir and undermining the exercise by the Kashmiri people of their right to self-determination through free and impartial plebiscite as per the relevant UNSC Resolutions.

MQM (P) leadership is demotivated, their grievances should be addressed: Rana Sanaullah

Probe into issuance of illegal licenses to 236 pilots continue