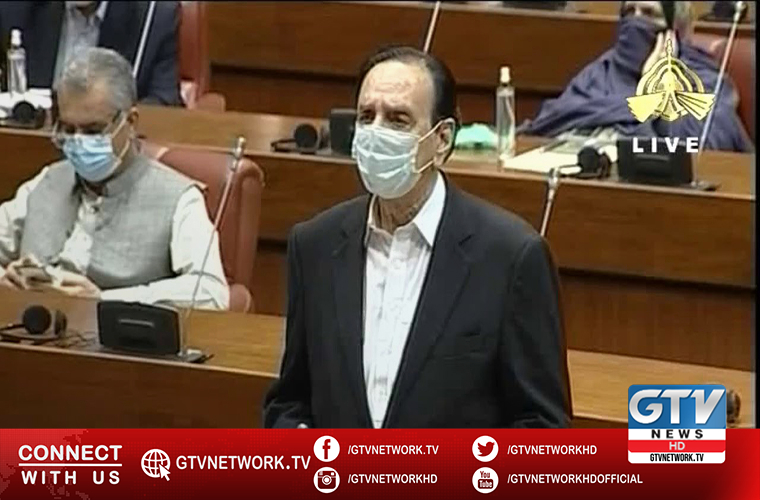 Opposition leader in Senate slam govt for dividing the nation and targeting the politicians of rival parties.

Leader of the Opposition in Senate Raja Zafarul Haq on Tuesday accused Prime Minister Imran Khan of having tried to divide the nation.

While addressing the Senate session, he cited PM Khan’s statement that elites imposed lockdown in the country.

The upper house bicameral parliament is holding discussion on the situation arising out of Covid-19.

Veteran politician considered it an attempt to divide the nation.

He said that the PTI government should have developed harmony and unity among the political parties in fight against coronavirus but it didn’t.

The PMLN leader further said that hatred is being promoted against opposition parties.

He said that Sindh government was being portrayed as an enemy of the country.

Meanwhile, he expressed concerns over the oppression which Modi-led Indian government unleashed in occupied Jammu and Kashmir.

Leader of the Opposition in Senate also expressed concern over massacre of Muslims in India.

Raja Zafar noted lockdown in occupied Jammu and Kashmir since August 5, 2019 while people there have no access to medical supplies and treatment.

Earlier, at the outset of the upper house, the house offered fateha for those died due to coronavirus and the soldiers martyred in recent Kech attack.

Meanwhile, at the outset, the house offered fateha for those died due to Coronavirus and the soldiers martyred in recent Kech attack.

They also prayed for the early recovery of those tested positive for Covid-19 including Speaker National Assembly Asad Qaiser.

According to APP,  leader of the opposition in Senate opposed relaxation in lockdown.

Earlier, initiating discussion in Senate, Raja Zafar-ul-Haq said the federal and provincial governments should be on the same page to contain the spread of Coronavirus.

He opposed relaxation in lockdown saying it has led to increase in Covid-19 cases.