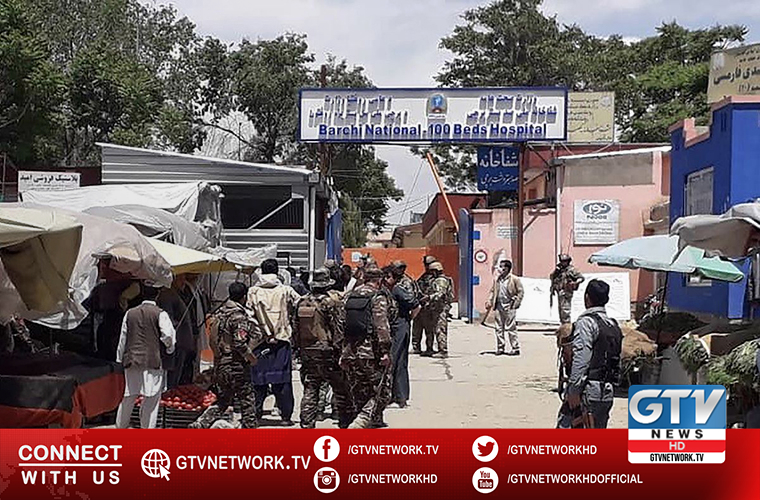 At least 38 people killed and several wounded in two attacks in Afghanistan today.

The first attack occurred in the morning when three gunmen wearing police uniforms entered the Dasht-e-Barchi hospital in Kabul.

They killed 14 people including two newborn babies and 12 mothers and nurses.

Another 15 people, including a number of children, were injured in the attack by several gunmen, officials said.

In the second attack a suicide bomber struck the funeral of a police commander in the eastern province of Nangahar, killing at least 24 people and injuring 68.

A spokesman for the Nangahar provincial government said the casualty toll could rise in the attack on the funeral.

Meanwhile, in the east, a bombing at a funeral killed at least 24 people.

In the wake of the attacks, President Ashraf Ghani said he was ordering the resumption of offensive operations against the Taliban and other groups.

He accused the militants of ignoring repeated calls for a reduction in violence.

The Daesh terror group claimed responsibility for attack on a police commander’s funeral in Nangarhar, in the east of the country

However, it remains unclear so far who carried out the attack on the hospital.

Meanwhile, Taliban have denied any involvement.

Some of those working there are foreigners.