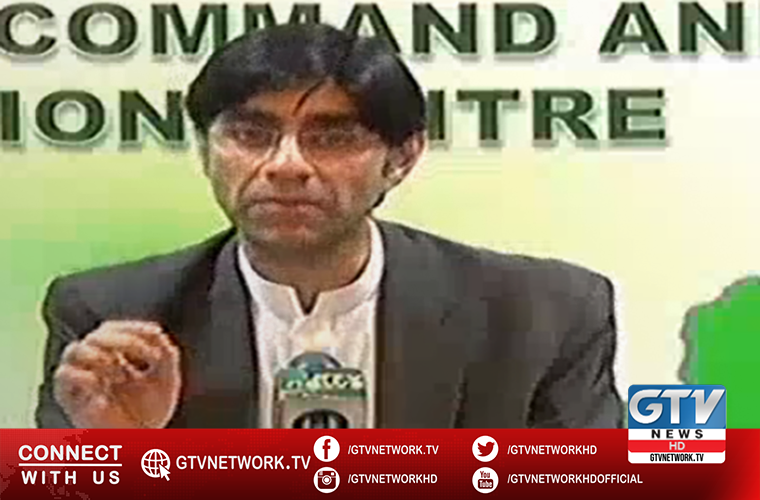 Govt decides repatriation of over 11000 Pakistanis per week as per PM’s directives.

Special Assistant to the Prime Minister (SAPM) on National Security Dr Moeed Yusuf Monday said this, while addressing a press conference here at the National Command and Operation Center (NCOC).

Govt decides repatriation of over 11000

He said on special directives of the Prime Minister the government has scaled up its capacity to repatriate over 11,000 stranded overseas Pakistanis per week or within 10 days.

He said the Prime Minister had laid special emphasis on increasing facilities for the overseas Pakistanis and increase the number of Pakistanis being brought back from abroad.

The SAPM noted that the data of all passengers since April 4 was thoroughly analyzed and the positivity ratio of COVID-19 patients was more than the projections.

“We are going to implement more flexible policy this time and the condition to await for 48 hours to get tested was abolished. However, the overseas Pakistanis will get tested as soon as possible where no cut short timeline could be given for getting tested and going back to homes.”

Dr Moeed mentioned that it was decided after consultations with the health experts as the provinces were given the right to home quarantine those people getting positive tests with showing no symptoms of COVID-19 at their homes for 14 days.

He added that the provinces would send the positive patients to their respective districts to get treatment closer to their home towns.

He urged the Pakistanis in abroad to strictly abide by the guidelines as in case of increases positivity ratio of coronavirus patients then the decision could be reversed whereas negative patients to go home quarantined for 14 days.

He said it was being considered to make Sialkot and Quetta Airports operational for managing the increasing number of passengers.

“At present, 20,000 overseas Pakistanis have been repatriated and over 110,000 more want to come back where this number will increase further.

The Pakistanis in abroad are requested to login covid.gov.pk for updated information regarding flights schedule where question and answers have also been incorporated for their facilitation.”

10,710 overseas Pakistanis to be brought back

He added that from today till May 21 as many as 10,710 overseas Pakistanis would be brought back from 22 countries where the major chunk was from the gulf countries.

He said the Ministry of Foreign Affairs had contacted with the gulf countries and raised the issues of increased positive passengers off loaded from the gulf countries. It was decided to conduct tests of the overseas Pakistanis first in the respective gulf country and would be retested here in Pakistan.

He said social distancing among the passengers in the flights from Gulf countries would also be ensured as per the Prime Minister’s directives enhanced facilitation and safe repatriation of overseas Pakistanis was the core objective.

Pakistan suggests ambassador of fallen govt of Afghanistan should quit