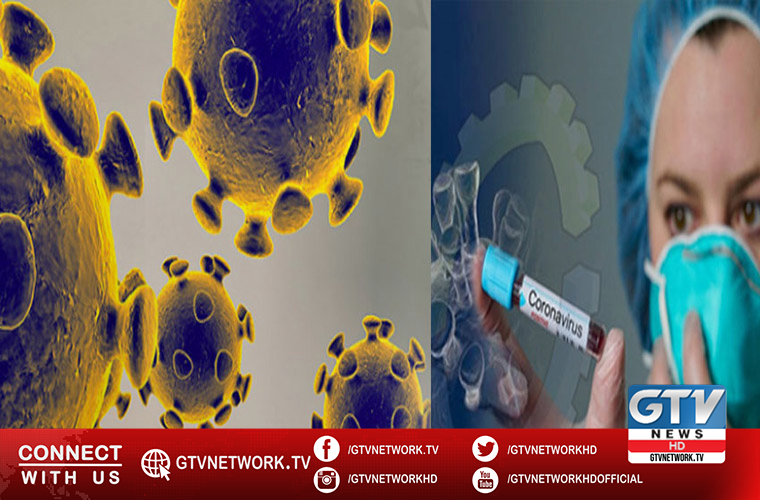 The senior Iran affairs expert says as COVID-19 continues to wreck lives and livelihoods across the globe.

But some countries, such as the United States, seem to be suffering the consequences of this deadly pandemic more than others.

However, he noted this largely due to the shortsightedness of their governments.

Indeed, President Donald Trump’s reluctance at the outset of the pandemic to take the necessary measures to stem the spread of the virus in his country led to the US having the world’s largest number of confirmed coronavirus cases and deaths.

So far, more than 1.2 million Americans have tested positive for COVID-19 and some 76,000 others have lost their lives to this highly infectious disease.

Iran is another country that was hit particularly hard by the pandemic.

According to official figures, there are more than 100,000 confirmed cases of COVID-19 in Iran and some 6,500 people have succumbed to the disease. Experts and officials both in Iran and abroad, however, have cast doubts over these figures, saying the real numbers of cases and deaths are likely even higher than reported.

The Trump administration, seemingly in denial about its own shambolic response to the crisis, tried to blame the pandemic’s high toll in Iran on the incompetence and corruption of the Iranian government. It is, however, impossible to claim that the Iranian government is solely responsible for the devastation the pandemic has caused in the country.

Ever since Trump unilaterally withdrew the US from the Joint Comprehensive Plan of Action and embarked on a maximum pressure strategy against Iran some two years ago, the Islamic Republic has been under strict economic sanctions that limit its ability to trade with other nations.

These sanctions, which choked of Iran’s oil exports, crippled its economy and practically pushed it out of the international banking system, made it impossible for the country to swiftly take the necessary medical, economic, and social measures to protect its citizens from the coronavirus.

The role US sanctions have played, and continue to play, in the devastation caused by the coronavirus in Iran led to renewed discussions on the effectiveness, legality, and legitimacy of sanctions not only in Iran and the US but also across the world.

Political leaders, diplomats, defense officials, experts, civic organizations, and activists from Asia to Europe have urged the Trump administration to ease its sanctions against Iran to help the country’s fight against coronavirus and help save “hundreds of thousands of lives”.

In Iran, the government admitted that the sanctions make it difficult to obtain vital medical supplies and equipment to treat COVID-19 patients and called for their immediate lifting. Iran’s Foreign Minister Javad Zarif, for example, tweeted that the US has moved from “economic terrorism” to “medical terror” by declining to lift the sanctions after the beginning of the outbreak in Iran in mid-February, and urged the international community to stop aiding “war crimes” by obeying “illegal and immoral” sanctions.

There have also been widespread calls for the lifting of sanctions in the US. Nine US politicians, including former Democratic presidential candidates Elizabeth Warren and Bernie Sanders, for example, sent an open letter to the Trump administration asking for sanctions relief for Iran amid the COVID-19 crisis. The New York Times, meanwhile, published an editorial calling for the easing of sanctions.

But there have also been calls within the US for the sanctions to not only remain in place but also to be tightened during this time of crisis. A cluster of right-wing think tanks in Washington, led by The Foundation for Defense of Democracies (FDD) and American Enterprise (AEI), for example, has been aggressively lobbying the Trump administration to escalate militarily towards Iran and tighten sanctions amid the pandemic. The Wall Street Journal, meanwhile, published an editorial claiming it is “no time to end Iran sanctions”. We have seen similar think pieces published in other reputable American media organizations, such as Foreign Policy and Bloomberg.

For now, the Trump administration seems to be heeding the calls from right-wing figures and institutions to use the coronavirus pandemic as an opportunity to double down on its “maximum pressure” policy against Iran. So far, Washington has not only blocked Iran’s attempt to get a loan of $5bn from the World Bank to combat COVID-19 but it also further tightened its sanctions on the country. On May 6, he vetoed a US Congress resolution that would have terminated the president’s power to use armed forces in hostilities against Iran.

Trump appears to be eager to please Saudi Arabia and Israel, the primary supporters of his administration in the Middle East, by increasing pressure on Iran during this global crisis. Moreover, amid the pandemic, he seems more confident than ever before that the economic sanctions would eventually force Iran to return to the negotiating table in a weak and desperate position. He also likely believes by hardening his stance against an adversary during this difficult time, he can rile up his support base, encourage jingoism, and increase his chances of being re-elected in November.

But the US president is known for making major U-turns when it suits his political needs and desires. If Iran continues to stand tall in the face of increasing economic, political, and diplomatic pressures, Trump may decide that easing the pressures on the country, and paving the way for peace may be more beneficial for his political future. He can point to the ongoing humanitarian emergency in Iran caused by the coronavirus pandemic to explain this about-turn. This way, he can claim that he sorted out “the Iran problem” without admitting that his maximum pressure policy failed to deliver the desired results.

It is impossible to ascertain which one of the two paths the most unpredictable US president in living memory is going to follow. If Trump continues to follow the advice of conflict-hungry hawks in Washington and the Middle East, we can see a military escalation between the US and Iran in the coming months. This outcome would not only further devastate an already conflict-ridden region, but also exacerbate Iran’s coronavirus crisis.

But Trump can still change course and use the COVID-19 crisis as an opportunity for “humanitarian diplomacy”.

As a first step, he can remove the sanctions on Iran’s financial institutions and allow the country to receive at least a portion of its oil revenue. This would allow the Iranian government to swiftly buy the medical equipment and drugs it needs to treat coronavirus patients.

Then he can allow Iranians living in the US to send money and medical goods to their families back home – this would help elevate many Iranian families from poverty and help Iran’s fight against the pandemic.

Next, Trump can greenlight a prisoner swap between the two countries, and end the suffering of hundreds of families who are worried about the wellbeing of their loved ones during the pandemic.

As the final step in a “COVID-19 humanitarian diplomacy package”, Trump can allow for the normalization of relations between the American and Iranian peoples. By allowing the private sector entities, and private citizens, in the two countries to interact normally, Trump could trigger a surge in American-Iranian partnerships in many sectors, including medical research and development.

All this would not compromise the negotiating positions of the two governments but would encourage them to move towards peace rather than war.

The novel coronavirus pandemic is the most serious public health threat our world has faced in a century. It made the inhumane and unjust sanctions the US has imposed on Iran deadlier than ever. The Trump administration should immediately change course and lift the sanctions on Iran before it is too late. If it fails to do so, the consequences for millions of Iranians will be dire.

On the other hand, Iran expresses readiness for full prisoner exchange with US.

Ali Rabiei, the Iranian government spokesman said this in a statement.

He further said Washington has yet to respond to Iran’s call on a prisoner swap.

The spokesman said Iran worried about the safety and health of Iranians in jail amid the new coronavirus outbreak.

Iran nuclear talks: US says it is ready to make ‘difficult decisions’

At least 80 US military personnel killed in Iran missiles attacks