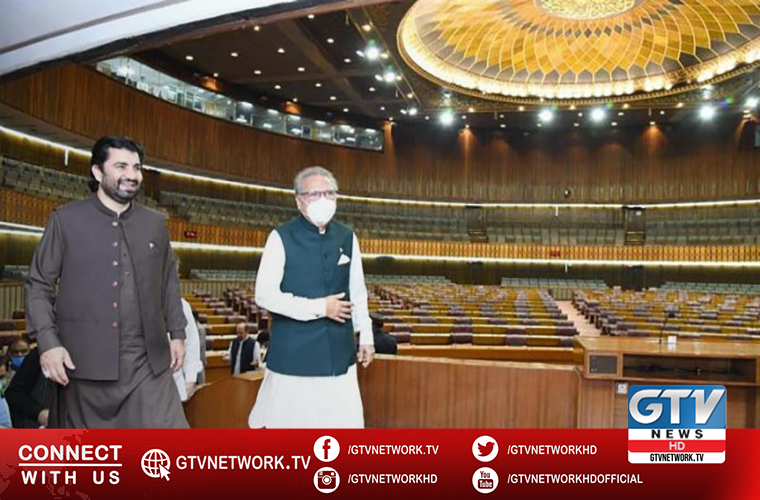 During the visit on Friday, Dr Arif Alvi directed for maintaining social distancing in the upcoming session of the National Assembly.

He called for it for the safety of the parliamentarians and staff against the threat of coronavirus.

Deputy Speaker National Assembly Qasim Khan Suri and NA officials briefed him on the arrangements they were making for the Monday’s session.

The President visited the hall of the National Assembly.

He reviewed preparations for the session and instructed them to ask the MNAs to follow safety guidelines and sit one seat apart from each other.

He also expressed satisfaction at the arrangements for the session.

He said that the health and safety guidelines against spread of coronavirus, would be followed during the session.

In the briefing, the officials told President the session would see implementation of recommendations of the National Assembly Committee on the holding of session during COVID-19.

In line with the recommendations of the committee, they would deploy more additional medical staff during the sessions.

They said they would issue special passes to media persons, assigned to cover the sessions as per suggestion of Parliamentary Reporters Association (PRA).