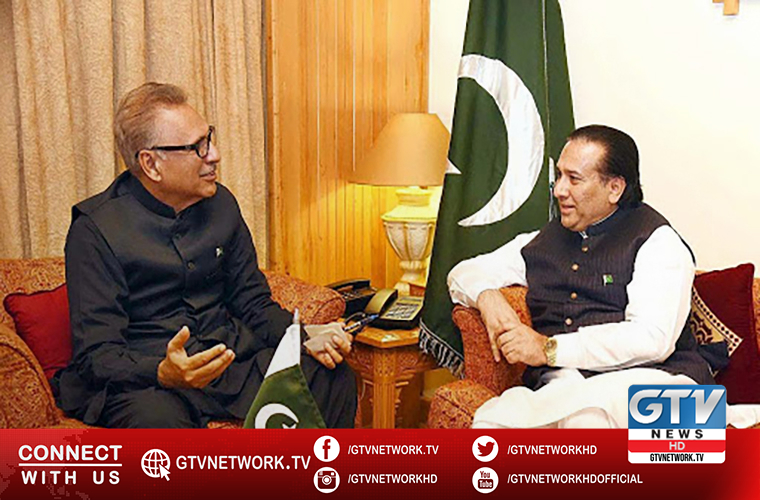 In a statement, he said by giving such baseless statement Indian Government wants to divert attention of world from occupied Kashmir where Kashmiris are being tortured and killed.

Earlier, the Foreign Office on Monday summoned a senior Indian diplomat and conveyed Pakistan’s rejection of India’s baseless and fallacious contention regarding the Supreme Court of Pakistan’s verdict in a matter pertaining to Gilgit-Baltistan.

It was clearly conveyed that the Indian claim over the occupied state of Jammu and Kashmir as an “integral part” had no legal basis whatsoever, the Foreign Office Spokesperson in a statement here said.

“The entire state of Jammu and Kashmir is a ‘disputed’ territory and is recognized as such by the international community.

The dispute, which is the longest outstanding item on the agenda of the UNSC (United Nations Security Council), stemmed from India’s forcible and illegal occupation of the State of Jammu and Kashmir in 1947 in complete violation of international law and aspirations of the people of Jammu and Kashmir.

No subsequent illegal and unilateral Indian actions could or have altered the status of Jammu and Kashmir as a disputed territory,” the FO said.

According to the Foreign Office, it was underscored that the only resolution of the Jammu and Kashmir dispute was faithful implementation of the relevant UNSC resolutions that recognize the Kashmiris’ inalienable right to self-determination through the democratic method of free and impartial plebiscite under the UN auspices.

It was also emphasized that the baseless Indian contention about Gilgit-Baltistan could neither cover up the atrocities being perpetrated by the Indian occupation forces against innocent, unarmed Kashmiris in IOK (Indian Occupied Kashmir), nor could they succeed in diverting the attention of the international community from the Indian state terrorism and aggravating human rights situation in IOK, the statement added.

The Foreign Office said the Government of India was called upon to immediately reverse all of its illegal actions in the IOK, including ending illegal occupation of the territory, and let the people of Jammu and Kashmir exercise their right to self-determination as enshrined in the UNSC resolutions.

PM Khan announced 15% increase in salaries of FC and Rangers