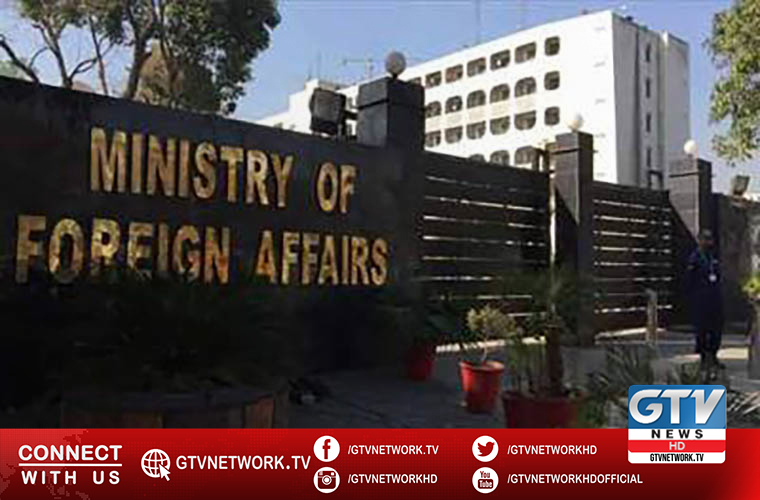 Pakistan honours Kashmiri journalists for sacrificing lives in the line of duty.

She said RSS-inspired BJP government in India is motivated by the sole objective of hiding its blatant human rights violations in Occupied Jammu and Kashmir and is bent on muzzling independent voices of the media and journalists.

She said the situation has become more alarming in Occupied Kashmir after India’s illegal and unilateral actions of 5 August last year.

The statement also condemned Indian campaign of harassment and intimidation.

The FO called upon India to immediately lift all communication restrictions in occupied Jammu and Kashmir, withdraw frivolous cases against Kashmiri journalists and restore all fundamental freedoms of the Kashmiri people.

The spokesperson expressed solidarity with the journalist fraternity in Occupied Kashmir, which continues to face a relentless campaign of harassment and intimidation.

While saluting their exceptional courage, Aisha Farooqui said Pakistan also honours the sacrifices of those Kashmiri journalists, who have laid down their lives in the line of duty.

The spokesperson said global media watchdogs, Indian and international human rights groups, and civil society organizations are deeply concerned over unprecedented restrictions imposed on the media, the widespread intimidation of Kashmiri journalists, and the precarious state of their work environment in Occupied Kashmir.