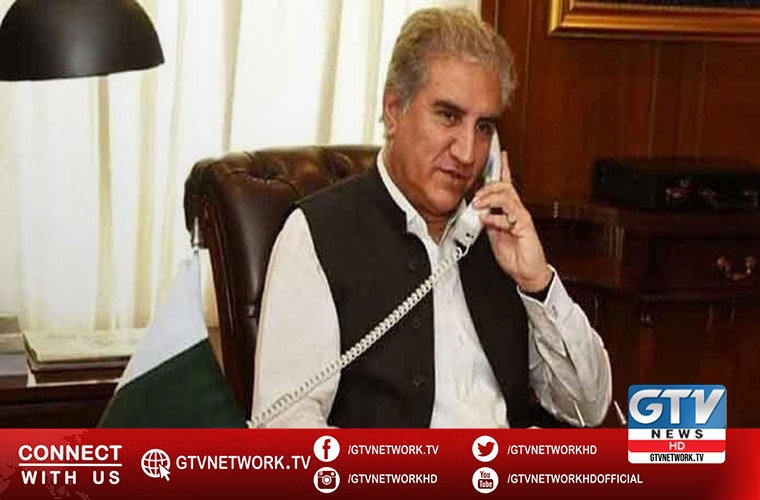 He appreciated the assurances of the New Zealand Foreign Minister for taking care of the 200 Pakistani students in New Zealand.

Meanwhile, they discussed matters related to the outbreak of Covid-19 pandemic as well as bilateral relations.

While highlighting cooperative relations between Pakistan and New Zealand, Shah Mahmood Qureshi underscored the importance of a coordinated international response to deal with the unprecedented pandemic.

He commended New Zealand’s efforts, under the proactive leadership of Prime Minister Jacinda Ardern, to control the spread of the disease.

He underscored global recession imminent while the pandemic has seriously impacted the developing world.

He highlighted on-going restrictions in Indian Occupied Kashmir, which are hampering dissemination of information and preventing unfettered supply of medicines and other essentials needed to combat Covid-19.

The Foreign Minister also expressed deep concern over heightened hate crimes and demonization of the Muslim minority in India in the context of Covid-19.

He also noted that the US Commission on International Religious Freedom have expressed concerns regarding the steepest and alarming deterioration in religious freedom conditions in India.

The FM thanked the New Zealand government for providing visa extension to Pakistanis on temporary visas in New Zealand who could not leave due to border restrictions.

He also appreciated the assurances of the New Zealand Foreign Minister for taking care of the 200 Pakistani students in New Zealand.