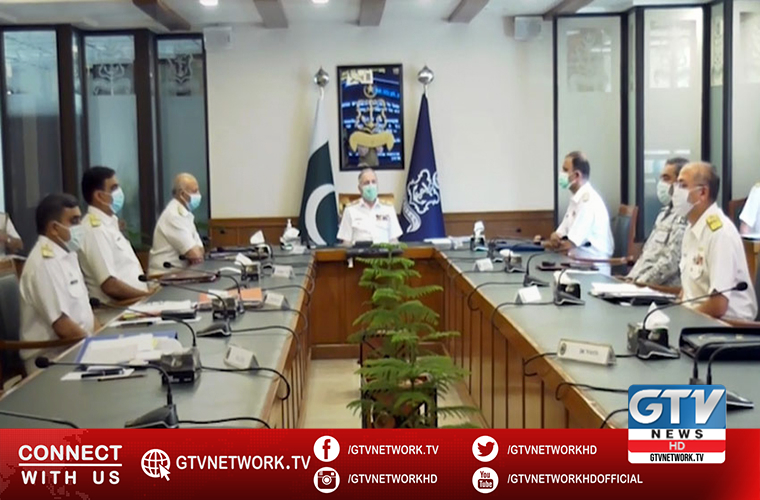 Naval Chief was briefed about Pakistan Navy’s ongoing and future endeavors. He expressed satisfaction over the operational preparedness of Pakistan Navy.

The conference reiterated to continue relief efforts in various parts of the country in view of Coronavirus outbreak along with operational preparations.

In a statement on Tuesday, the FO rejected unfounded claims of targeting of “launching pads” across the Line of Control (LoC).

Moreover, it noted obviousness of Indian propaganda machine is in over-drive.

Pakistan also rejected the provocative statements of the Indian Defence Minister, including his recent preposterous claim that “we are dominating the enemy….” There is nothing new about Mr. Rajnath Singh’s delusions; nor about his belligerent anti-Pakistan rhetoric.

To divert world attention from India’s state-terrorism and grave human rights violations in Indian Occupied Jammu and Kashmir (IoJ&K), the statement said and added that India also sought to use these allegations as a pretext for “false flag” operation.

Pakistan has been continuously sensitizing the international community about such an eventuality and urging India to desist from any ill-considered action.

46 soldiers of Afghan National Army get refuge in Pakistan