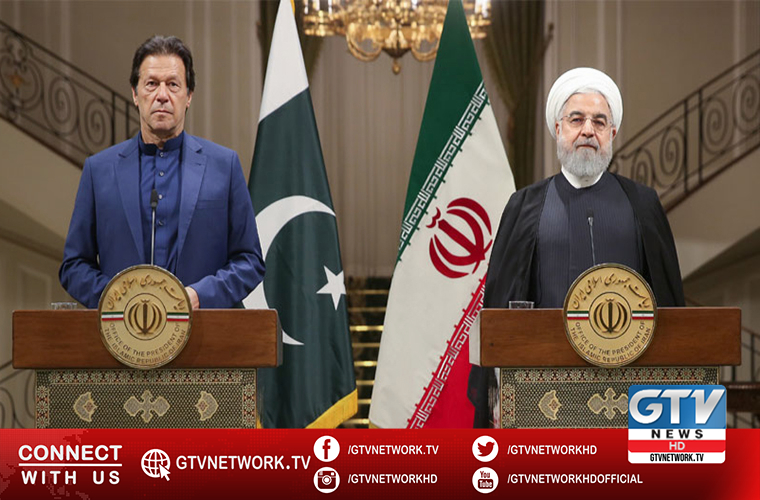 They also deliberated on locust situation in the border areas.

The Iranian President congratulated Prime Minister on advent of the holy month of Ramazan.

President Rouhani and Prime Minister Imran Khan called for the development and deepening of relations between the two countries.

They stressed the need to share experiences, knowledge and technology to combat and control coronavirus.

The two sides also stressed the need to reactivate borders and border markets and strengthen trade ties in line with health guidelines.

During the telephone conversation, the two heads of governments condemned any prejudice and pressure against Muslims and expressed their support in this regard.

Rouhani praised Pakistan’s stance on opposing US sanctions against Iran and expressed hope that the two countries would further develop their trade and economic ties.

He said that reopening of border markets of the two countries with full observance of health protocols as contributing to the development of trade and economic relations between Tehran and Islamabad and added, “We are interested in exchanging goods and trade with Pakistan as well as with some neighboring countries through border markets.”

Congratulating the Pakistani government and people on the holy month of Ramadan, Rouhani expressed hope that the two countries’ joint agreements would be implemented and made operational in favor of the two nations.

Imran Khan emphasized the development and deepening of relations with Iran.

He also welcomed the resumption of trade activities on the borders of the two countries and the activity of border markets by observing health protocols.

“The two countries’ trade exchanges will greatly help Pakistan’s economy, which has been affected by coronavirus.”

Moreover, Imran Khan condemned the US imposition of sanctions and increased economic pressure on Iran in the difficult situation that the world is facing with coronavirus.

He said he considers it his duty to support Iran in the face of US illegal actions.