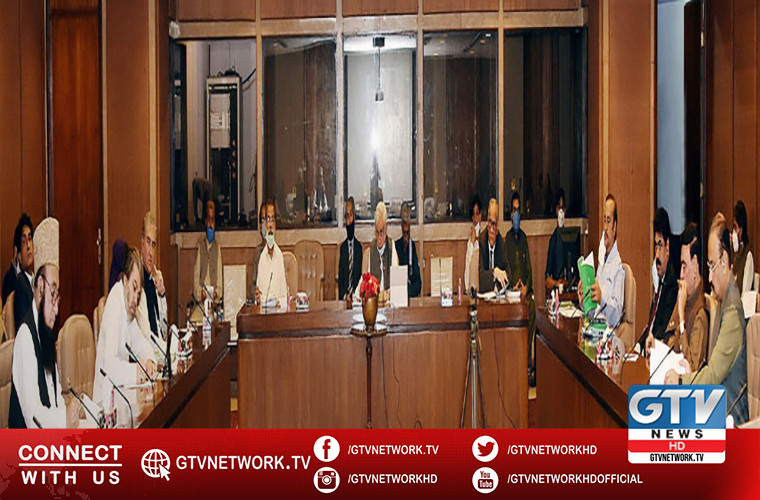 They share their viewpoint during meeting of the Committee on the Virtual Session of the National Assembly during COVID-19 through video link at the Parliament House.

The Parliamentary leaders said that parliament embodies the will of the people.

Therefore, they said it should be made functional to continue its role of parliamentary oversight on Executive.

They extended their all-out support to the Speaker National Assembly in conduct of the session of the Assembly in presence of the pandemic.

He said that there is no provision in rules of the Assembly for a virtual session; therefore, actual session should be called to take up pertinent issues concerning public at large besides important legislation.

He suggested to ensure health SoPs in wake of the pandemic for safety of the Parliamentarians and Parliamentary support staff.

They said that actual session of the Assembly may be convened with adoption of health guidelines so that the safety of the Members and the staff was not compromised.

The Chairman of the Committee decided to convene its final meeting on next Wednesday.

In that they would finalize its recommendations and would present them to the Speaker National Assembly for his consideration.

Minister Fawad slams the Opposition parties confusion on all issues