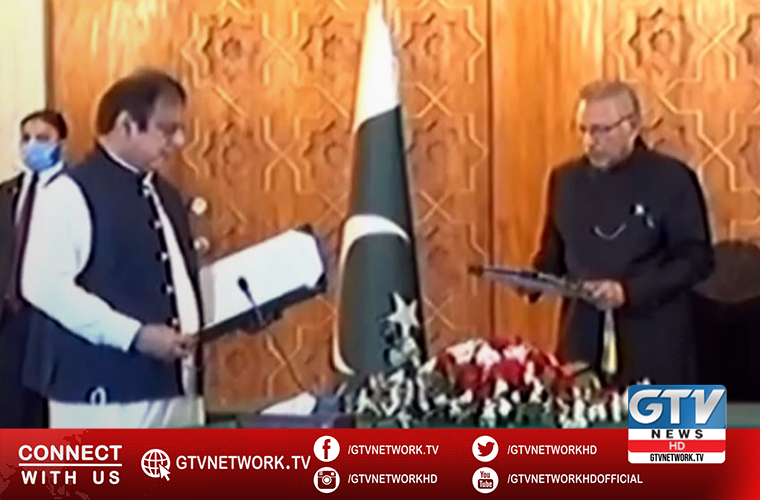 Senator Shibli Faraz takes oath as Minister for Information and Broadcasting on Tuesday.

President Dr. Arif Alvi administered the oath at a ceremony at President House in Islamabad.

However, the attendees strictly followed social distancing during the ceremony.

He did Masters in International Relations from the University de Los Andes (Colombia) in 1994.

Syed Shibli Faraz is also the current leader of the House in Senate of Pakistan.

He has been elected on a general seat of the Upper House from Khyber Pakhtunkhwa on the ticket of Pakistan Tehreek-e-Insaf.

Senator Shibli Faraz is an investment banker by profession and was a Pakistan Air Force pilot and then a civil servant.

The son of renowned Urdu poet Ahmad Faraz and his family is of Hindkowan background.

In his tweet he posted: “Truly an honorable and dignified man @shiblifaraz  has been appointed new Information minister of Pak.”

However, political circles remain surprised over this development.

And more surprisingly, now PM Khan has a special assistant besides a minister.

Put as many containers as you want, 2 million people will come to Islamabad: Imran Khan