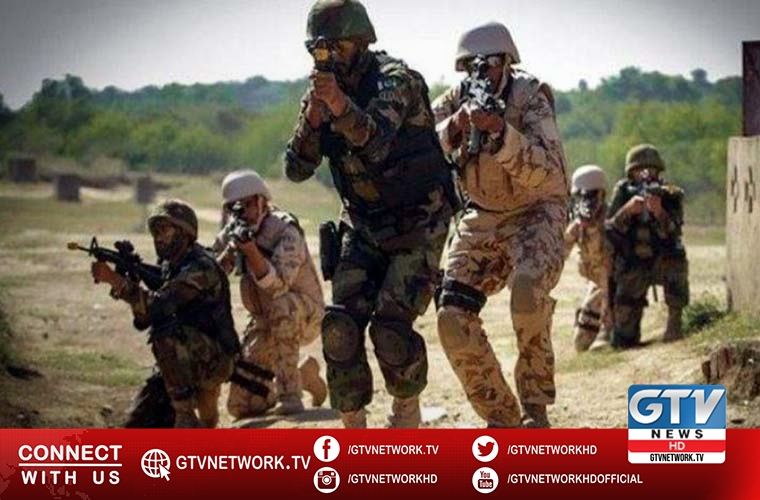 They carried out an intelligence based operation in Khaisura and Dossali areas.

Two soldiers embraced martyrdom and five others injured during the exchange of fire with terrorists.

Security forces also apprehended one of the terrorists.

During search of the area, they also seized weapons and ammunition.