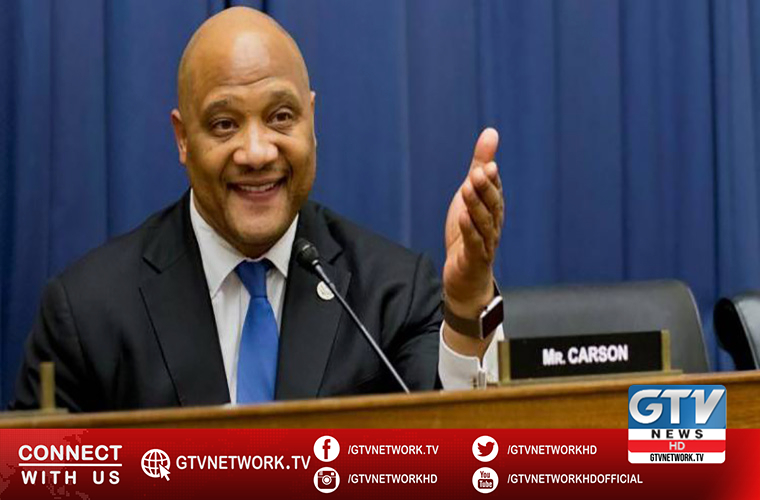 US congressman Andre Carson demands end to unjust restrictions on Kashmiris in IOJK.

Member of the US House of Representatives Andre Carson has said that my heart remains with the people of occupied Kashmir during this challenging time.

In a tweet, he said that the draconian restrictions placed upon Kashmiris by India Prime Minister Narendra Modi are not only taking away their basic human rights, but also making it more difficult to protect against Covid-19.

He said these unjust restrictions must end.

The troops martyred the three youth during a cordon and search operation at Goripora in Awantipora area of Pulwama district.

APHC leader Khawaja Firdous and Chairman of Jammu and Kashmir Muslim Conference Shabbir Ahmed Dar, in their statements issued in Srinagar, said India is committing genocide of Kashmiris amid lockdown in the territory.

Meanwhile, an analytical report released by the Research Section of Kashmir Media Service, today, said that the wave of hatred and prejudice against Muslims in India has witnessed an increase of a dangerous proportion under RSS-backed Narendra Modi-led fascist government.

It said that there was a growing tide of bigotry and oppression against Muslims in the country where lynching of Muslims has become a norm. The report pointed out that the Muslims are being attacked in ever-increasing numbers across Indian cities and towns.

Hurriyat leader, Firdous Ahmed Shah, in a statement in Srinagar urged international community to come forward and save the people of Jammu and Kashmir from Indian brutalities.