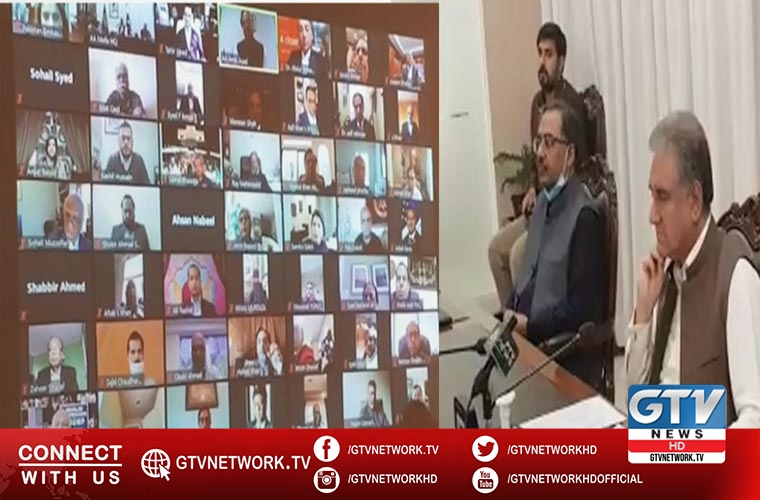 Foreign Minister Shah Mahmood Qureshi said this while addressing the US based Pakistanis via video link today.

He said Pakistan has enhanced the capacity to bring back 7000 stranded Pakistanis from abroad every week.

The Foreign Minister expressed the confidence that this figure will go up in the coming weeks.

He said that it is our utmost endeavour to bring back all the registered sixty thousand stranded Pakistanis before Eidul Fitr.

He said ten thousand Pakistanis have already been brought back.

Shah Mahmood Qureshi said the government has taken the initiatives to protect the poor segments of the society and support the economy at this difficult juncture.

He said the support for the Prime Minister’s Relief Fund for Covid-19 is also encouraging.

The Foreign Minister recognized that the Pakistani community in the United States has always played a very vibrant role and demonstrated large heartedness. He said the entire Pakistani nation is grateful to the contributions made by the Pakistani American during difficult times.

The Foreign Minister said the Coronavirus respects no borders and collective efforts are required to deal with this unprecedented challenge.

Earlier, he addressed Britain-based Pakistanis in Islamabad on Friday.

2285 Pakistanis brought back from UK

He said ten thousand Pakistanis have so far been brought back from different countries.

About 2285 Pakistanis have been brought back from Britain through fourteen flights.

The Foreign Minister said we are cognizant of the problems of the stranded Pakistanis and our missions abroad have been directed to fully look after them.

He said apart from Pakistan International Airlines, we are trying to avail the services of other airlines to accelerate the process of the return of the stranded Pakistanis. An arrangement to this effect has been reached with Qatar.