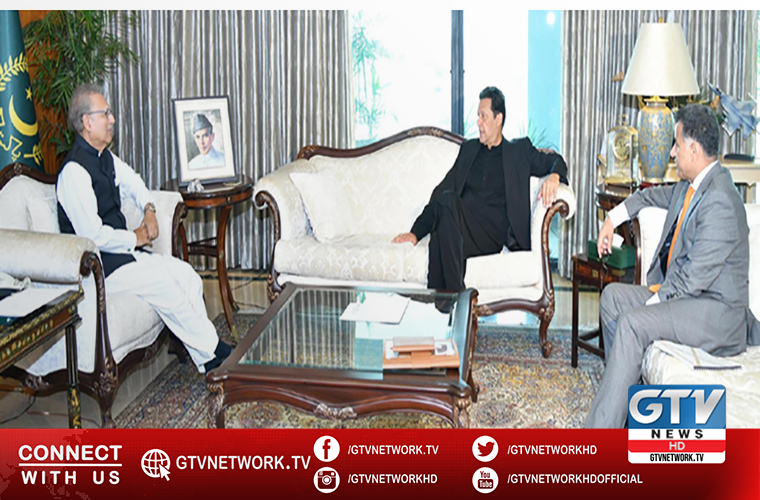 They discussed national and international affairs.

The meeting also took into view the situation arising out of the pandemic of Covid-19.

The President appreciated the government steps to stop the spread of coronavirus in the country and the measures of Prime Minister for seeking relief in the debt to be paid by the developing countries.

They also denounced the usurping of rights of Kashmiris in the garb of coronavirus in Occupied Kashmir.

Moreover, they discussed the recently agreed Standard Operating Procedures with Ulema and its implementation.

Specially, he lauded his efforts to evolve consensus among the Ulema regarding prayers and Taraweeh in mosques during the holy month of Ramazan.

Pakistan said treatment of minorities in India is a matter of serious concern not only for the Indian minorities and the neighbouring countries but also for the international community.

In a statement, she said these are reflective of India’s perennial state of denial with regard to the rights of minorities, particularly Muslims, in India.

Eight more people died of Coronavirus during the last 24 hours

Pakistan leaders grieved over human losses due to earthquake in Turkey