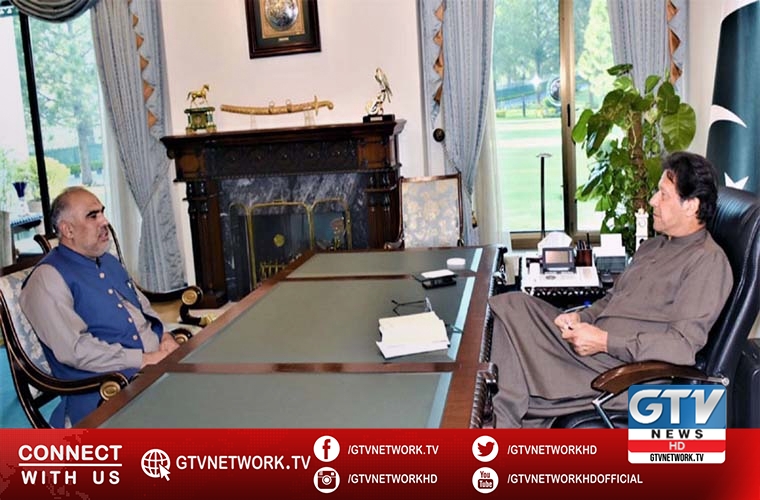 PM seeks proposals for special relief to agriculture sector in the wake of crisis of COVID-19.

In this regard, Prime Minister Imran Khan on Friday sought recommendations from the Special Committee on Agricultural Products.

He expressed these views in a meeting with Speaker National Assembly Asad Qaiser who also leads the 31-member special committee as chairperson.

PM Khan said the government was considering relief for agriculture sector in budget besides introduction of effective policies.

The Prime Minister said parliament was representative of the people’s aspirations and it was important to keep the institution functional even during the situation of coronavirus.

Asad Qaiser, who is also the head of parliamentary Committee on COVID-19 apprised the prime minister about proposals of the body including the convening a virtual session of National Assembly.

He said in view of the prevailing situation of coronavirus, the meetings of the parliament’s standing committees were being held through video-link.

The prime minister lauded the efforts of Asad Qaiser in maintaining religious harmony among different segments.

They presented him a cheque of Rs 20 million for the PM’s Corona Relief Fund.

Tahir Hafeez also presented a cheque of Rs one million from his own pocket.

The Prime Minister lauded the spirit and contribution of Tetra Pak.