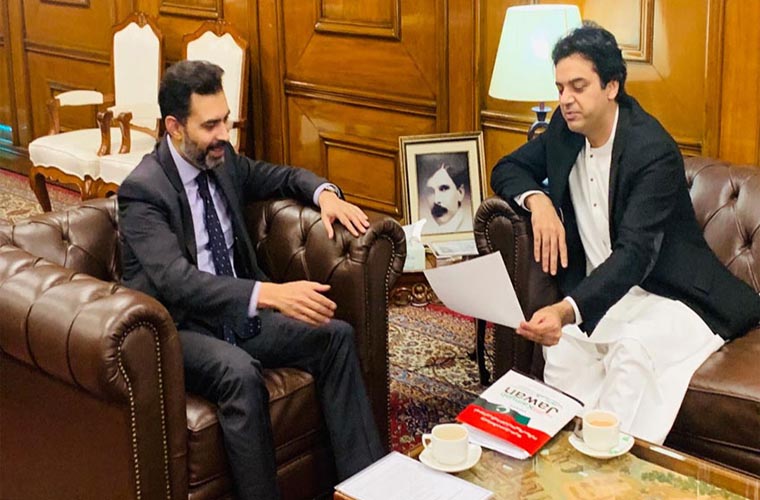 Around 1 million people registered for Corona Relief Tiger Force so far, according to Special Assistant to the Prime Minister on Youth Affairs Muhammad Usman Dar.

He said this wile addressing a press conference o Friday that huge registration indicated that citizens had responded to the call of their prime minister, passionately.

Usman Dar further said that indicated that citizens had responded to the call of their prime minister, passionately.

He said Pakistan Citizen Portal (PCP) had registered over 0.95 million people while some 50,000 signed up through a website.

The site launched after receiving complaints about occurrence of an error on the portal.

The prime minister’s Corona Relief Tiger Force, which was set up to carry out relief and rescue activities across the country in wake of coronavirus pandemic, opened its registration on March 31 and closed it on April 15.

Usman said the tiger force received an overwhelming response from all the provinces as it included 626,000 from Punjab, 146,000 from Sindh and 136,000 from Khyber Pakhtunkhwa.

He noted that a whooping number of professionals including doctors, engineers, lawyers, retired army personnel and others had joined the tiger force, which showed the success of Prime Minister Imran Khan’s initiative.

The special assistant expressed his gratitude for the people, who have shown keenness in supporting the government’s relief efforts across the country.

He pointed out that a notification, containing the Terms of References (ToRs) for the tiger force, had been forwarded to the chief secretaries and secretaries to the chief ministers and governors of all the provinces.

The special assistant hinted at assigning the duties to registered health professionals by next week. A meeting with the officials of Ministry of Health would be arranged shortly to discuss the modalities in that regard.

He said the tiger force would help poor and needy people in getting registered for Ehsaas Emergency Cash Programme. In case of extreme curfew, they would also provide ration to the people of their locality at their doorsteps.

He said the Prime Minister’s Office had shared the Code of Conduct (CoC) for tiger force members with the district administrations. The membership of tiger force would be cancelled for violating the CoC.

“The tiger force is an additional human support to the system and it is the success of Prime Minister Imran Khan’s decision that now we own a standby force of one million people which is ready to work in collaboration with district administrations, National Disaster Management Authority, Pakistan Army and other frontline fighters,” he said while responding to the criticism of opposition on the tiger force.

According to the notification shared with the district administrations regarding the tiger force, the deputy commissioners would notify three committees for different administrative tiers as per the composition and ToRs defined by the government for management and supervision of the CRTF at field level. The committees would be set up at district, tehsil and union council or village level.

The district administrations would also ensure that the volunteers’ services were utilized for carrying out the relief activities as per their jobs description defined under the separate ToRs.

According to those ToRs, the members of CRTF were ought to perform multiple duties including ration distribution, identification of deserving people, quarantine centres management, transportation and mobilization of workers, non-intrusive surveillance of home quarantine, data collection of labourers, public awareness against coronavirus and other tasks.

The district administrations were advised to treat the volunteers politely and respectfully. It would also appreciate and guide them during their duty time.