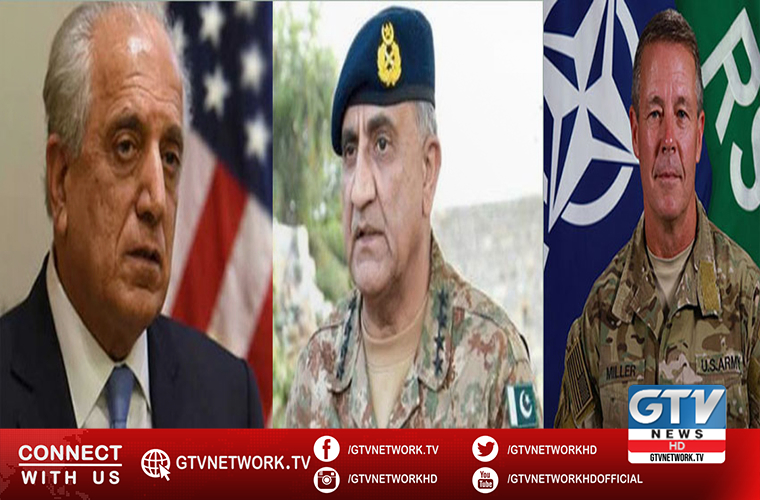 They met Chief of the Army Staff at General Headquarters in Rawalpindi.

Meanwhile, Army Chief emphasized that amidst Covid-19 situation, we should not lose track of hard earned achievements for the Afghan peace process and peace and stability in the region.

Moreover, he also updated them on Pakistan government’s efforts for peace.

The Afghan government has so far released 361 Taliban prisoners from Bagram prison.