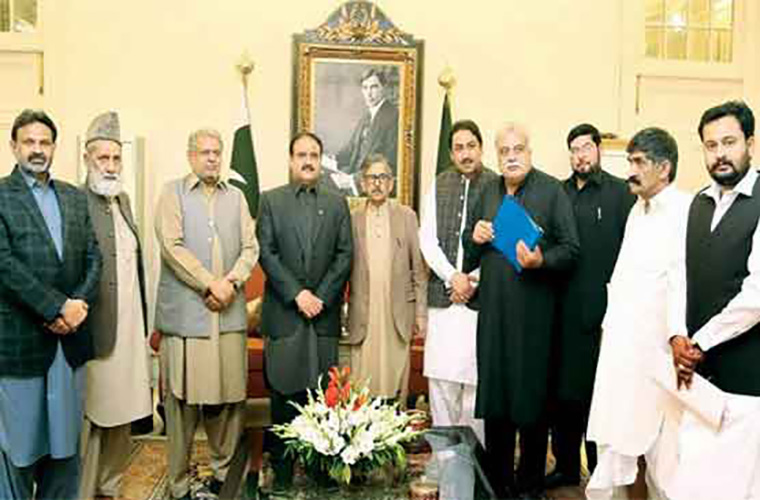 Leadership pardons three MPAs for meeting with CM Punjab due to their explanation they submitted after show cause notices.
According to the insiders Pakistan Muslim League-Nawaz (PMLN) leadership had decided to pardon MPAs namely Mohammad Faisal Khan Niazi, Chaudhry Arshad Ali and Azhar Abbas.
Three MPAs clarified while replaying to show cause notices that they wanted to get development works of their constituencies done. For that reason, they went to meet Chief Minister Punjab Usman Buzdar.

But they later realized the other sides hoodwinked them and released photo of the meeting for political benefits.
They regretted their mistake; hence PMLN leadership has decided to pardon them.
However, the leadership also asked them to remain careful in future.
Meanwhile, PMLN has deferred action against three others due to current situation arising out of Coronavirus pandemic threat.

Through notices, the party leadership reminded the MPAs that they were elected on the party’s electoral symbol hence they are bound to abide by party discipline.

It asked them to clarify their position within seven days.

According to the leadership , members have no moral and legal justification to such meetings.

It made clear that they cannot call on the Prime Minister or the Chief Minister without party’s permission.

Notably, Nishat Daha also made statements against the PML-N leadership after that meeting.

Deepening intra-PMLN differences is weakening the party in Punjab where MPA Nishat Daha emerges as leader of the annoyed MPAs.

Hence, he plans to hold a meeting of such PMLN figures soon.

The group of 15 or 16 MPAs demand PMLN leadership the dignified treatment within the party.

They assured Daha of their support.

He lamented that there is no one to unite such members at the moment.

FM Qureshi expresses gratitude for repatriation of Pakistanis from Oman