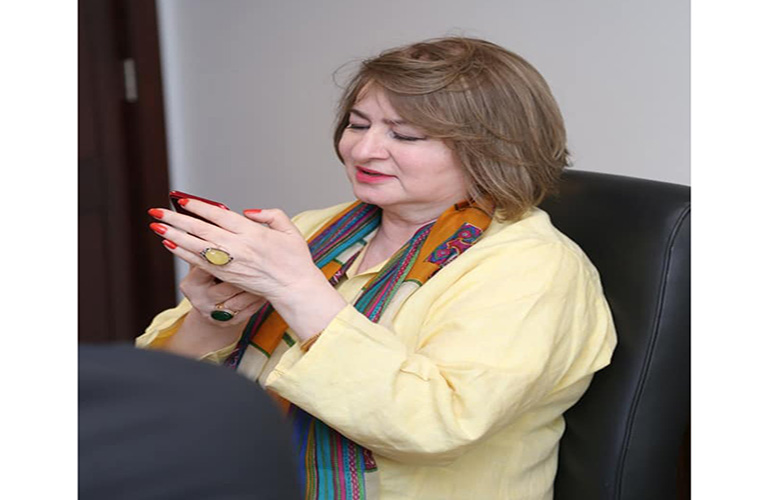 The federal cabinet approved the appointment of 22-grade office Nausheen Javed Amjad as the Chairperson of the Federal Board of Revenue.

According to Spokesperson of the FBR, she was working as an acting chairperson of FBR.
FBR chairman Shabbar Zaidi had gone on an indefinite leave due to health conditions.
In the absence of the former Chairman Shabbar Zaidi, she was serving FBR as head.
Now, her formal appointment has been made and a summary in this regard circulated earlier.

Earlier in February 2020, Shabbar Zaidi had said he had not resigned but the new appointment shows government has sacked him.
The cabinet had approved appointmen of chartered accountant Shabbar Zaidi as Chairman FBR for a period of two years, on honoray/ pro bono basis in May 2019.

First, Central Board of Revenue (CBR) came into being on April 01, 1924 through enactment of the Central Board of Revenue Act, 1924.
In 1944, a full-fledged Revenue Division established under the Ministry of Finance.
After independence, this arrangement continued up to 31st August 1960.
Since then, FBR was made an attached department of the Ministry of Finance on the recommendations of the Administrative Re-organization Committee.
In 1974, further changes were made to streamline the organization and its functions.
Consequently, the post of Chairman FBR was created with the status of ex-officio Additional Secretary  while Secretary Finance was relieved of his duties as ex-officio Chairman of the FBR.
In order to remove impediments in the exercise of administrative powers of a Secretary to the Government and effective formulation and implementation of fiscal policy measures, the status of FBR as a Revenue Division was restored under the Ministry of Finance on October 22, 1991.
However, the Revenue Division was abolished in January 1995, and FBR reverted back to the pre-1991 position. The Revenue Division continues to exist since from December 01, 1998.
Finally, the Central Board of Revenue became Federal Board of Revenue through enactment of FBR Act 2007 in July 2007.