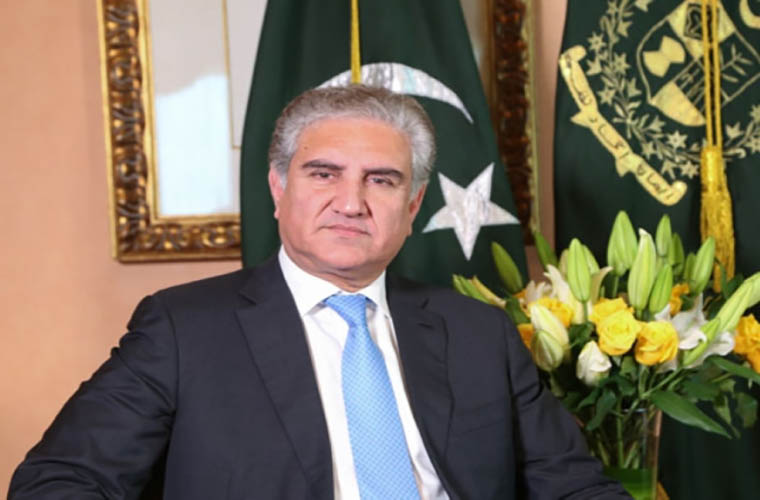 Pakistan accuses India of changing demography of occupied Kashmir in violation of international laws and UN resolutions.
Foreign Minister Shah Mahmood Qureshi said this in a video message on Friday.

He said India is violating international laws and UN resolutions by maneuvering to change demography of Occupied Kashmir.
He further said changing domicile rules shows Indian leadership’s anti-Muslim agenda.
The FM said New Delhi regime has incarcerated Hurriyat leaders instead of providing them food and medicines in the wake of Coronavirus outbreak.
Moreover, he said Modi Government has put the entire Kashmiri leadership and thousands of Kashmiri youth in Indian jails to subjugate their voice and fundamental human rights.
He said India’s stance to introduce changes in domicile rules is basically the agenda of changing the population ratio of Muslims in the occupied territory.
Shah Mahmood  said the entire Kashmiri leadership and Pakistan have strongly rejected India’s move altogether.
The Minister said he has informed the Secretary General of United Nations about this Indian move and asked him to take serious notice of it.
He said the UN Secretary General has assured him to take this matter with the Indian government about it.
He warned the global community that it is the same controversial move like Citizens Amendment Act and if it is not stopped, it will worsen the situation in Indian occupied Kashmir.

Earlier, Prime Minister Imran Khan has expressed concern over Indian leadership’s anti-Muslim policy.
On his official twitter account, Imran Khan posted a video clip of Bharatiya Janata Party (BJP) MP Subramanian Swamy’s interview.
In his tweet, Khan said Indian leadership is openly speaking about 200 million Muslims of India just as the Nazis would spoke about Jews.
He believes that the RSS-inspired BJP leadership in the 21st century is pursuing discriminatory policies against Muslims.
Bharatiya Janata Party (BJP) MP Subramanian Swamy used derogatory remarks for Muslims of India.
He said they would not allow Muslims to increase their population.
Swamy also didn’t recognize Muslims as equal citizens.
He interpreted Article 14 of Indian Constitution as though that don’t apply on Muslim citizens of India.