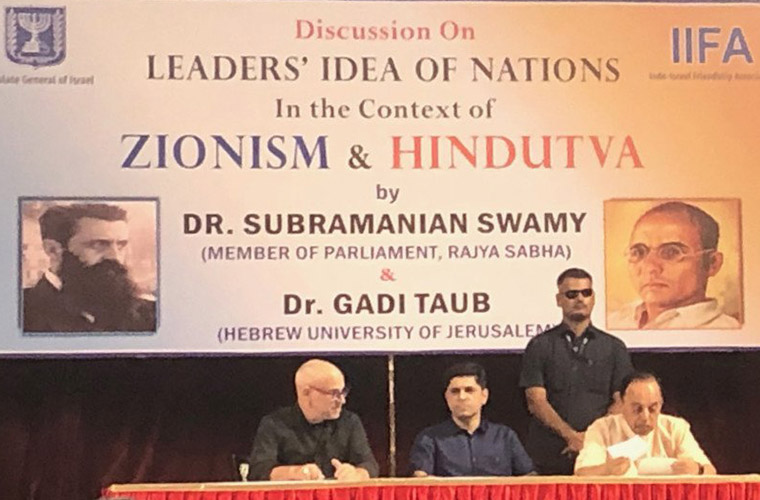 In his tweet, Khan said Indian leadership is openly speaking about 200 million Muslims of India just as the Nazis would spoke about Jews.
He believes that the RSS-inspired BJP leadership in the 21st century is pursuing discriminatory policies against Muslims.
Bharatiya Janata Party (BJP) MP Subramanian Swamy used derogatory remarks for Muslims of India.
He said they would not allow Muslims to increase their population.
Swamy also didn’t recognise Muslims as equal citizens.
He interpreted Article 14 of Indian Constitution as though that don’t apply on Muslim citizens of India.
On the other hand, the RSS-influenced Hindus have attacked Muslims across India while BJP government is depriving them of fundamental rights as citizens.
Apart from mainland India, Indian troops have killed 9 Kashmiris during the last month of March 2020.
According to Kashmir Media Service, Indian troops continued acts of state terrorism in occupied Kashmir.
During the period, Indian police and troops also injured at least seven people through the use of brute force on peaceful protesters.
Indian police and paramilitary personnel arrested 806 people.
Detainees included Hurriyat activists and youth during search operations in different areas of the occupied territory.
Meanwhile, the Indian authorities have notified new domicile rules in a bid to change demography.
A notification in this regard said that a person who has resided in Jammu and Kashmir for a period of 15 years or has studied for a period of seven years shall be deemed to have the domicile of the territory.
The domicile would also be given to the children of Indian government officials who have served in the disputed territory for ten years.
The new law will provide Indians legal justification to settle in the disputed territory.
GTV