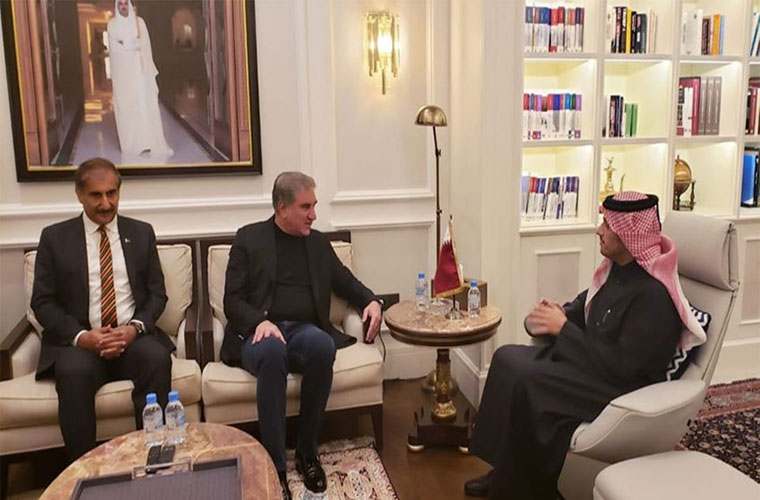 Both sides discussed the situation resulting from the rapid spread of the Covid-19 pandemic, and ways to mitigate the crisis.

Abdulrahman Al Thani underscored the importance of learning from the experience of the countries which have managed to control the disease successfully.

He called Pakistan’s call for debt restructuring for developing countries as an important and timely initiative.

Moreover, he stated that Qatar remains supportive of it.

The two ministers underscored the need for joint efforts to deal with the current challenges.

They also agreed to stay closely engaged on all issues of common interest.

FM Shah Mahmood said Pakistan is deploying all available resources to curtail the spread of Covid-19 and reduce its impact.

While appreciating the timely measures taken by the Qatari government, he noted with satisfaction that these steps had helped contain the disease in Qatar.

Pakistan seeks it to enable the developing countries to free up resources to combat the disease and shore up economies.

He also appreciated the role played by the State of Qatar in facilitating the peace process in Afghanistan.

Meanwhile, the Foreign Minister expressed deep concern over the situation in the Indian Occupied Jammu and Kashmir, where the coronavirus has spread and fatalities are being reported.

He called for immediate lifting of all restrictions to allow dissemination of information and unfettered supply of medicines, and other essentials.