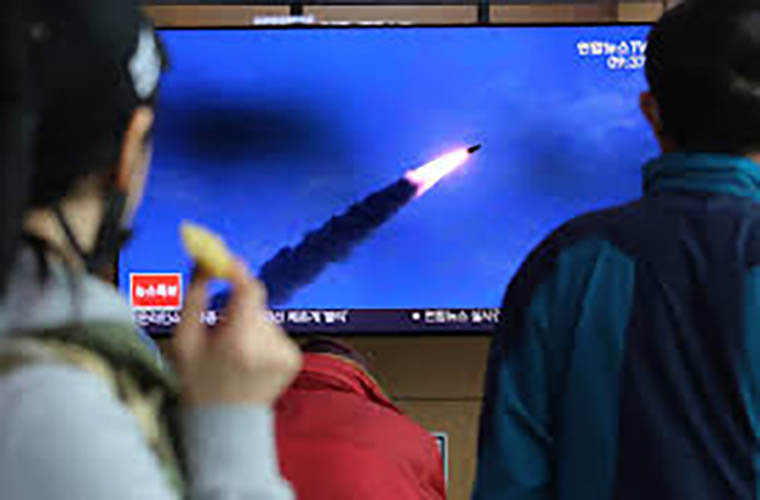 It is the fourth such launch this month.

South Korea’s Joint Chiefs of Staff said the North fired the two projectiles from the port city of Wonsan into the Sea of Japan.