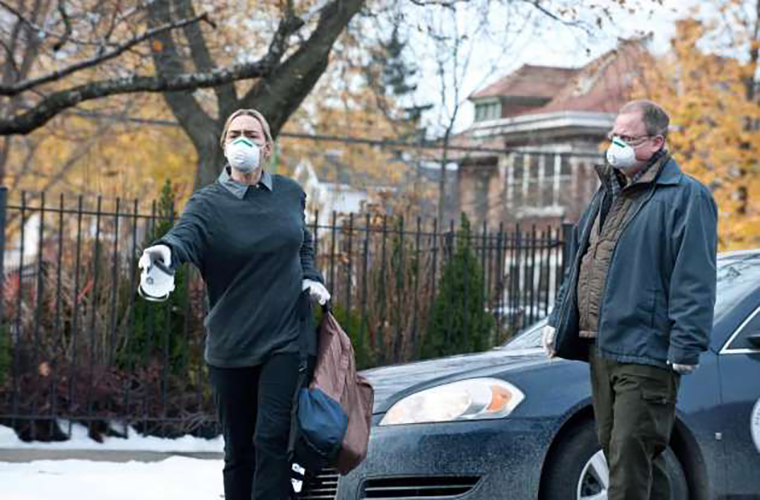 In the world of fiction, anything is possible. Yet there are some movie/show plots and story lines that include creative and seemingly foreshadowing details that later end up becoming startlingly true.

Take the 2011 film ‘Contagion.’ In the film, which features Gwyneth Paltrow as patient zero, an outbreak linked to an infected bat starts in China before killing people across the globe with flu-like symptoms. Sound familiar?
Click through this gallery and take a look back at other films and series that looked forward to predict world events, new technology, and social and cultural change.
‘Contagion’ isn’t the only film that brings to mind the new coronavirus. Medical disaster film ‘Outbreak’ focuses on a fictional Ebola-like virus that spreads beyond its country of origin to threaten the United States. The plot line speculates how far military and civilian agencies might go to contain the spread of a deadly, contagious disease.
‘Children of Men’ (2006)
A plague of infertility strikes humanity. Although this hasn’t happened as dramatically in the real world, studies show that between the years of 1970 and 2014, many countries have experienced lower fertility rates.
‘1984’ (1984)
This movie is based on the book by George Orwell. In the story, people are controlled by a totalitarian regime, in a nation engaged in an endless war. This story could be compared to the real life situation of the ‘endless’ war against terrorism and the revelations that the NSA was spying on citizens.

Anti polio campaign of varied duration continues across the country