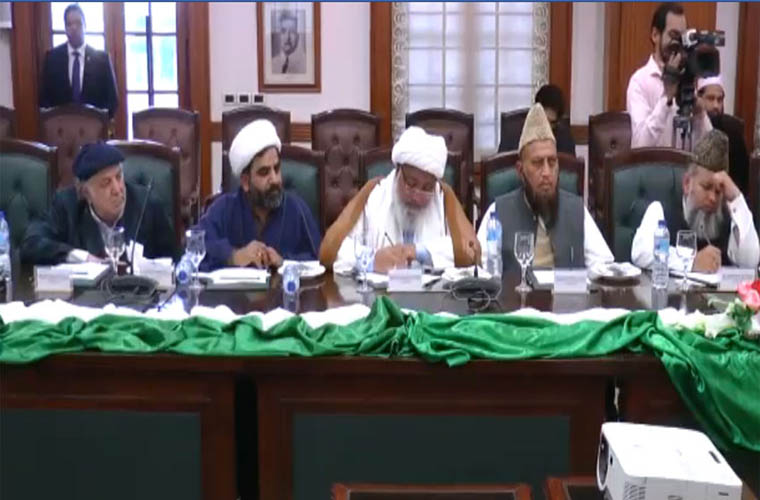 Ulema from different sects have announced their support during a meeting of their delegation with Chief Punjab Minister Sardar Usman Buzdar in Lahore.

The chief minister said 10 thousand more kits are being imported from abroad to diagnose coronavirus.

He said screening of 760 pilgrims is underway in Dera Ghazi Khan.

He said quarantines have also been established to monitor pilgrims in Dera Ghazi Khan, Multan and Bahawalpur.

Meanwhile, Khyber Pakhtunkhwa government has set up quarantine centers in Jamrud and D.I.Khan for zaireen arriving from Taftan.

Adviser to the Chief Minister Khyber Pakhtunkhwa on Information Ajmal Wazir said while addressing the news conference in Peshawar on Tuesday.

He said all out resources will be utilized for the safety of the people.

But Coronavirus remains a worldwide issue since WHO declared it pandemic.

People complain that Pakistan government is not taking any sort of serious measures on airports and on other land borders.

It seems that the government and the NGOs only focus Zaireen (pilgrims) and Taftan border.

The National Command and Control Center confirmed the first death from the coronavirus.
The victim belonging to Punjab province lost his life due to the virus.
Private news channels reported that the 30-year-old resident of Hafizabad, Imran died in Lahore.
Relatives had brought him to a private hospital last night.
Sources said the patient was suffering from liver pain.
It also confirmed over 190 patients found infected with the disease across the country.

Over 900 pilgrims screening underway at Taftan Border under precautionary measures