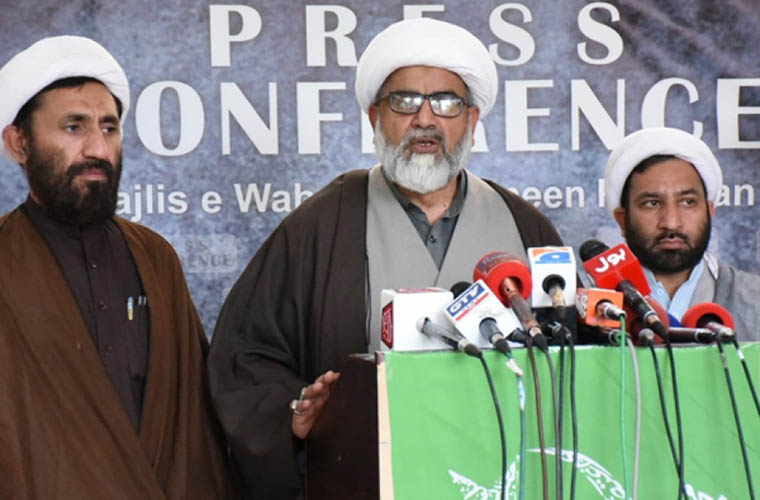 Allama Raja Nasir calls for national unity to prevent Coronavirus instead of politicizing the pandemic in Pakistan.
While addressing at a press conference in Islamabad on Wednesday, he slammed the authorities concerned over mistreatment of Zaireen (pilgrims) at Taftan border.
He lamented that the government was impounding pilgrims as though they are prisoners.
He demanded that government must immediately allow Zaireen to go home soon after their negative test reports.

Majlis-e-Wahdat-e-Muslimeen leader said only patients should be shifted to quarantine centres.  Allama demanded end to prsioner like treatment.
He warned that the government would be held responsible if Coronavirus spreads because their unfair measures may spread the virus.
He also expressed concerns over PMLN leader Khawaja Asif’s irresponsible statement regarding Zaireen at Taftan. He said he has no access to facts.
Allama Raja Nasir said Balochistan government’s measures are not adequate. He advised Balochistan government that take needed practical steps immediately instead of empty statements.
He appreciated Sindh government’s precautionary measures. He said Sindh government’s measures are relatively better than other provinces.
However, he also appealed to people to act upon precautionary measures which health department has announced.
He reminded government and the nation they we must fight Coronavirus threat as united people instead of politicizing the issue.
MWM leader said that we can defeat Coronavirus threat through united efforts as one and united nation.
GTV