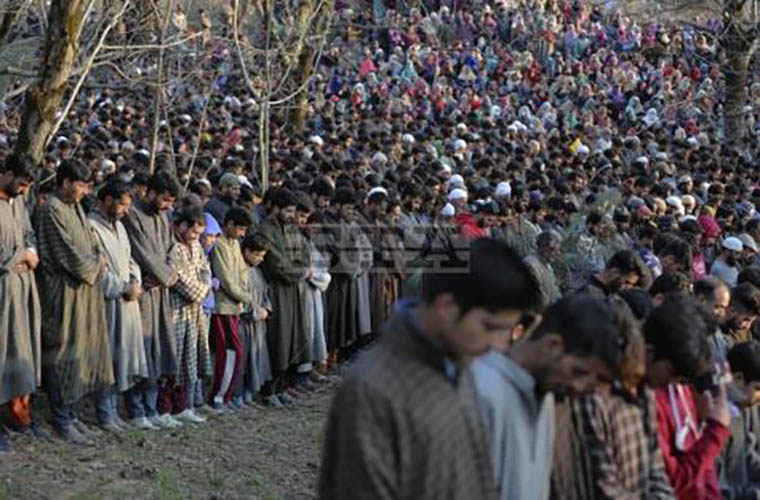 They attended the funerals of four Kashmiri martyrs in different areas of Kulgam district.

People on the occasion shouted high-pitched slogans in favour of freedom, Syed Ali Gilani and Pakistan and against India.

All the four martyred were laid to rest in their native Tangpora, Frisal and Tarigam areas of Kulgam district amid tears and sobs.

He said in a statement,the brave sons of the soil have buried the arrogance of Indian authorities with their sacred blood.

APHC leader Mir Shahid Saleem said after illegal revocation of Jammu and Kashmir’s special status, the fascist Modi regime in India is also hellbent on denying the citizenship right to the minorities in India.

He said this while addressing a one-day convention of Scheduled Castes, Scheduled Tribes and Dalit organisations in Jammu.