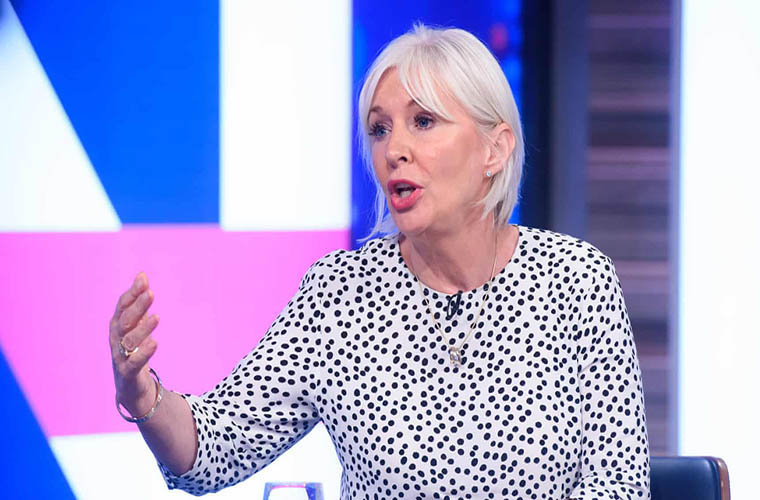 British health minister diagnosed with Coronavirus. Health minister and Conservative MP Nadine Dorries  confirmed it.
Ms Dorries said she has been self-isolating at home. Labour MP Rachael Maskell said she has since been told to do the same as she had met Ms Dorries.

The Department of Health said Ms Dorries first showed symptoms on Thursday – the same day she attended an event hosted by the prime minister.
Six people with the virus have died in the UK, which has a total of 382 cases.
The latest person to die was a man in his early 80s who had underlying health conditions.
Meanwhile, a 53-year-old British woman has become the first person with Covid-19, the disease caused by the virus, to die in Indonesia, according to local media reports.
It is not clear whether the woman – who was reportedly critically ill with multiple health conditions – died due to the virus.

The Foreign and Commonwealth Office said it is “supporting the family of a British woman who has died in Indonesia and are in contact with local authorities”.
The government is unveiling its first Budget, amid growing fears about the impact the outbreak will have on the UK economy.
Chancellor Rishi Sunak has pledged the NHS will get “whatever resources it needs” during the crisis, while he is also expected to unveil measures to boost the self-employed and small businesses who are left out of pocket.
The Bank of England earlier announced an emergency cut in interest rates from 0.75% to 0.25% in response to the economic impact of the coronavirus outbreak.

It is not known how many meetings Ms Dorries had attended at Westminster or in her constituency in recent days, but she was at an event at Downing Street last Thursday to mark International Women’s Day.
She also held a surgery in her constituency on Friday morning which was attended by up to 12 people, according to Steven Dixon, chair of the Mid Bedfordshire Conservative Association.
Mr Dixon said the details of all those who attended the surgery have been passed to the NHS.
The Flitwick Club, where the surgery took place, is undergoing a deep clean as a precaution.
The Department of Health said ministers – including the prime minister – would not need to undergo testing as Public Health England (PHE) has assessed the risk of Ms Dorries’ close contacts and only those with symptoms needed to self-isolate.
But Labour MP Rachael Maskell tweeted she has been told by NHS 111 to self-isolate “as a result of a meeting” she had with Ms Dorries last Thursday.
Ms Dorries, who began her career as a nurse, later tweeted it had been “pretty rubbish but I hope I’m over the worst of it now”.
But the 62-year-old added she was worried about her 84-year-old mother who was staying with her and began to cough on Tuesday.
In other developments:
NHS England is scaling up its capacity for testing people for the infection. Public Health England, which has already carried out more than 25,000 coronavirus tests across the UK, is set to expand the number of people it can test a day to 10,000 – currently 1,500 are being carried out
Confirmation of any positive test results will also be accelerated with most people getting a result back within 24 hours
Health Secretary Matt Hancock is to give a statement to MPs at 19:00 GMT on Wednesday.
Manchester City’s Premier League match against Arsenal on Wednesday has been postponed as several Arsenal players are in self-isolation after coming into contact with Olympiakos owner Evangelos Marinakis, who tested positive for the virus.
GTV