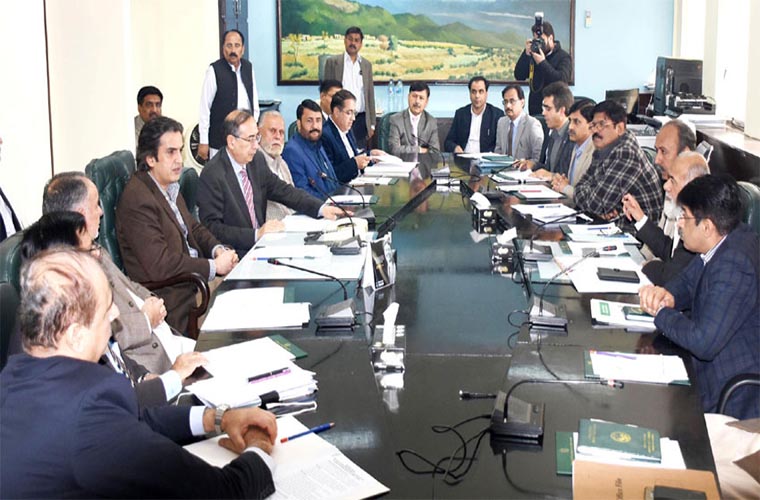 The Wheat Review Committee has submitted its recommendation to the Economic Coordination Committee of the cabinet.

Committee made this decision during their meeting held in Islamabad.

Minister for National Food Security and Research Khusro Bakhtiar presided over the meeting.

The committee discussed minimum support price of the wheat crop as 1400 rupees per 40 Kg for the current year.

It also recommended provincial governments to ban supply of wheat for poultry sector as feed.

It also expressed satisfaction that there is sufficient quantity of wheat stock available in the country to meet the needs of the population.

Earlier, the opposition slammed the government over the recent wheat and sugar crises in the National Assembly on Monday.
However, Foreign Minister Shah Mehmood Qureshi informed the legislature on the issue.
He emphasised that opposition need to wait because Prime Minister Imran Khan had formed the committee to probe the shortage of the two commodities.
The government would share the final report of the investigation committee during the current week.
The minister was responding to the demand for formation of a parliamentary committee to probe the matter.
He suggested that the report may address all of their concerns in this regard.
GTV

Manzoor Pashteen arrested in Peshawar and sent on judicial remand