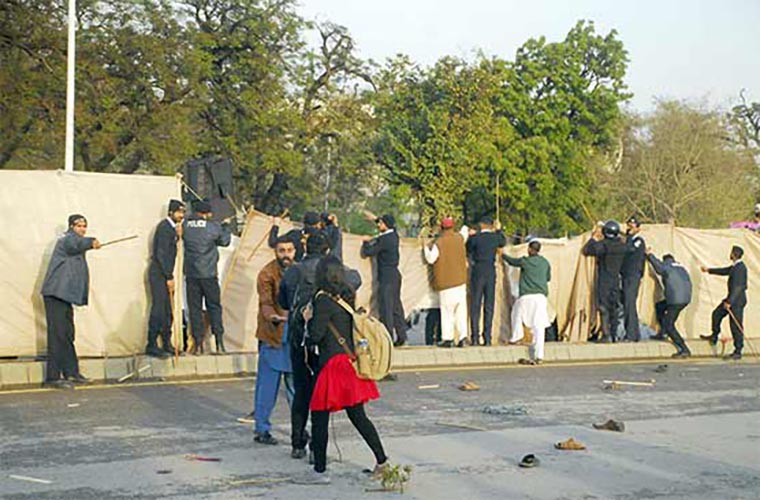 The complainant also accused the attackers of making provocative speeches.

The case also charged them with blocking road and manhandling police officials on Women’s Day.

According to the FIR, sentiments of the participants of Aurat March were hurt through misuse of loudspeaker on Sunday near Polyclinic.

When the police asked them to disperse, they manhandled the police officials.

Although police had arranged tent wall to keep both rallies away but a few people had managed to enter Aurat march.

They pelted them with stones.

But some banners, posters and slogans in the Aurat March led to the controversy last year.

However, they named that “Hum Aurtain” in Karachi.

Last year, it extended to other cities, including Lahore, Multan, Faisalabad, Larkana and Hyderabad.

PM Khan said it is indeed encouraging to see that our women are proving their mettle in every walk of life.

He hailed women achieving excellence in their respective fields at national and international level.