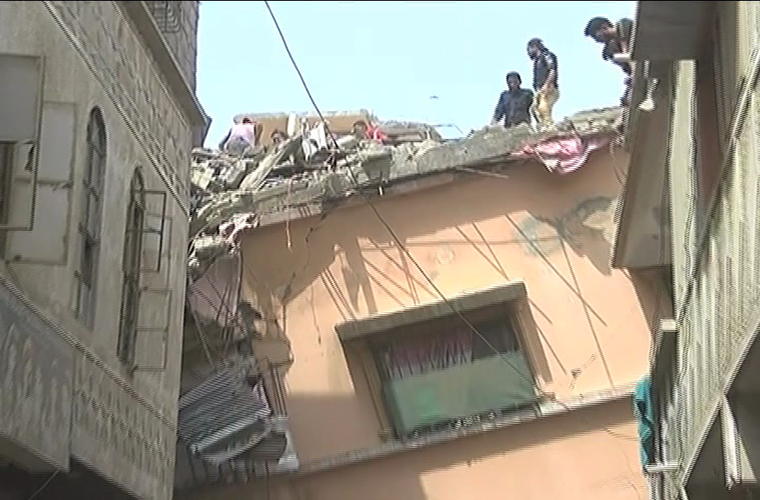 Karachi building collapse death toll rises to 27 as rescue staff took five more bodies out of rubble.
The building fell in Karachi’s Golimar (Gulbahar) area.
According to rescue sources, many continue to remain stuck under the debris.

Meanwhile, 36 injured pulled out of the debris remain under treatment at Abbasi Shaheed Hospital.
Sindh Chief Minister Murad Ali Shah had taken notice of the building collapse.
He directed Commissioner Karachi to ensure that rescue and relief operations were executed smoothly in the area.
Sindh Building Control Authority (SBCA) team is probing the collapse of a residential building.
It stated that the multi-storey building caved in due to its weak foundation.
Its initial report pointed out that the building comprised of an old structure and weak foundation.
Furthermore, it said no development work was going on in the building at the time of its collapse.
However, it suggested removal of the debris would lead to further clarity.
It claimed the underground boring in nearby areas impacted the building foundation.
The SBCA official said they would send the samples from the debris for lab tests in order to ascertain real cause of the collapse.
Official said that the SBCA committee would visit again to launch probe into the matter.
GTV
GTV