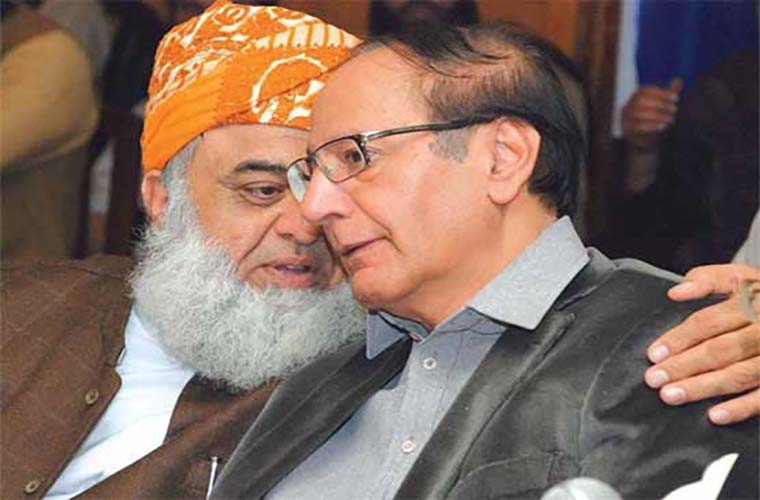 He emphasised that secrets remain a matter of trust and that shouldn’t be disclosed.
He called him son of a great father.
Ch Shujaat told JUIF chief his guidance was required in resolution of internal affairs of the state.
He assured that they would discuss together those ones which JUIF leader was talking about these days.
“The nation has also bestowed its trust upon us […] we need to work conjointly for resolving issues of the nation.”
Mr Shujaat further told Fazl, “You are a son of a great father.

Pakistan observes International Day for Multilateralism and Diplomacy for Peace