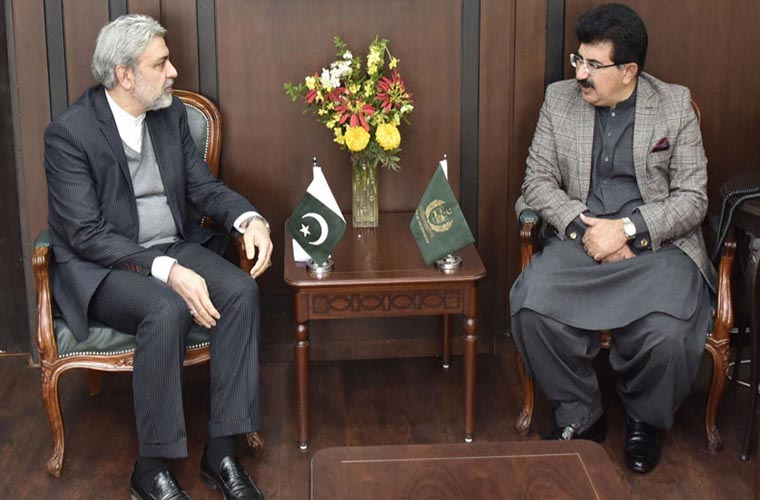 Iran Ambassador Mohammad Ali Hosseini meets Chairman Senate Muhammad Sadiq Sanjrani in Islamabad.
Sanjrani expressed solidarity with Iran on behalf of the parliament, people and government of Pakistan.
Specially, he sgared Pakistani nation’s grief over the loss of precious lives due to corona virus in that country.

He conveyed these feelings to Iranian Ambassador Seyyed Mohammad Ali Hosseini, during a meeting in Islamabad.
The Chairman Senate also wrote separate letters to Iran’s President and Speaker of Iranian parliament expressing solidarity with them.
The Iranian ambassador briefed the Chairman Senate about the steps taken by Iranian government to overcome coronavirus.
He said there has been excellent cooperation between Pakistani and Iranian authorities at the border and the situation is under control.
Pakistan and Iran agree to work together against Coronavirus spread
PM thanks Iran Supreme Leader and Turkish President for Muslims of India and IOJK

Pakistan and Iran agree to work together against Coronavirus spread.