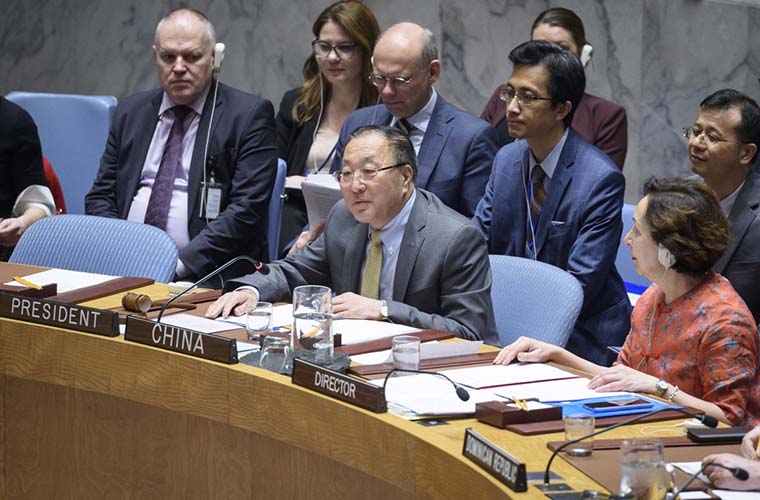 Chinese Permanent Representative to the UN Zhang Jun spoke to the media on Russia-Turkey agreement.

The two countries reached an ceasefire in Syria’s Idlib province.
China at UNSC welcomes
Zhang stressed that in the process of implementation, Syria’s sovereignty, territorial integrity and political independence should be fully respected.
While talking to newsmen in New York, he called the agreement a step forward in promoting a Syrian-led and Syrian-owned political process which UNited Nations facilitated.
He expressed the hope that the agreement will be fully implemented.
However, Damascus also vows its control over its province Idlib.
Syria has come under threat from foreign forces and their proxies since 2011.
Former US secretary of state Hillary Clinton had formally sough budget for Syria without Bashar al Assad.
She said so at the US legislature regarding US Department of the State’s annual budget request.
Interestingly, Hillary has narrated how United States administration and allied GCC regimes plus Turkey medled into internal affairs of Syria.
They also aided anti-regime militants.
In her memoirs Hard Choices, she discussed Syria in the chapter 19 as Syria – A wicked problem.
However, many around the world remain unaware of these facts, so far.
GTV